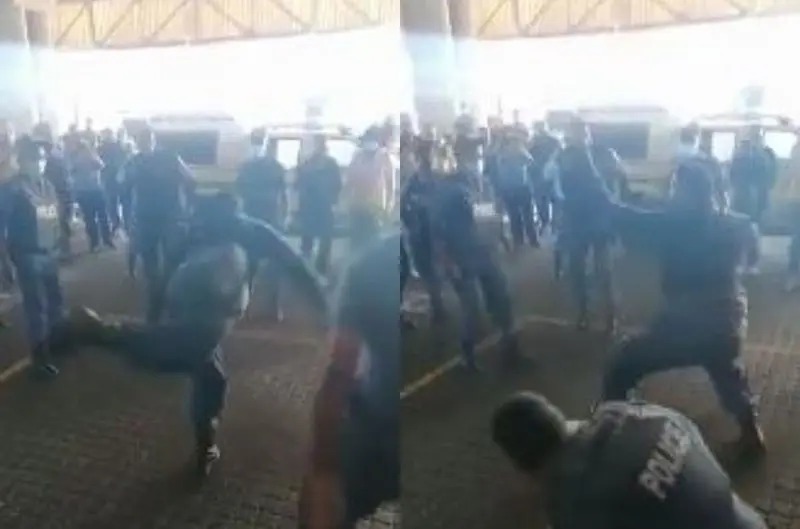 A South African police officer went berserk on Thursday and attacked his colleagues at a taxi rank in Cape Town as they were trying to restrain and calm him down.

In a video that has gone viral, the police officer can be seen kicking out at his colleagues.

A South African Police Service (SAPS) spokesperson Colonel Andrè Traut said an internal investigation is currently underway while the cop was taken to a medical facility for observation. He said:

The video clip has been viewed by SAPS management. We are aware of the incident where a police member stationed at Mitchells Plain SAPS acted out of character.

The member has been referred to a medical facility for assistance, and while this aspect is being attended to, an internal investigation is underway.

This happened at a taxi rank in Cape Town. Details are not know. 1/2 pic.twitter.com/XLYDLqgInT

Meanwhile, the South African Depression and Anxiety Group (SADAG) has launched a new free support group for people with mental health challenges, among them depression, anxiety and bipolar and panic attacks.

The first meeting will be held on 19 January via Zoom. Amber-Leigh Schoeman, a support group leader, said:

These groups allow members the opportunity to form connections with others experiencing similar troubles and to learn from one another in a non-judgmental, confidential atmosphere.