The Zimbabwe dollar has slipped against the US dollar at the Reserve Bank of Zimbabwe (RBZ) foreign currency (forex) auction conducted on Tuesday, 18 January 2021, to mark the resumption of the auction.

In total, US$30 866 275. 90 was allotted this week, with the bulk of the allotment going to raw materials followed by machinery and equipment. This is down from the US$41.77 million allotted in December.

633 bids were received on the Small to Medium enterprises forex auction, with 492 accepted and 141 disqualified. The total number of bids allotted was 492.

On the main forex auction, a total of 448 bids were received, 320 were accepted and 128 were disqualified. The total number of bids allotted was 320 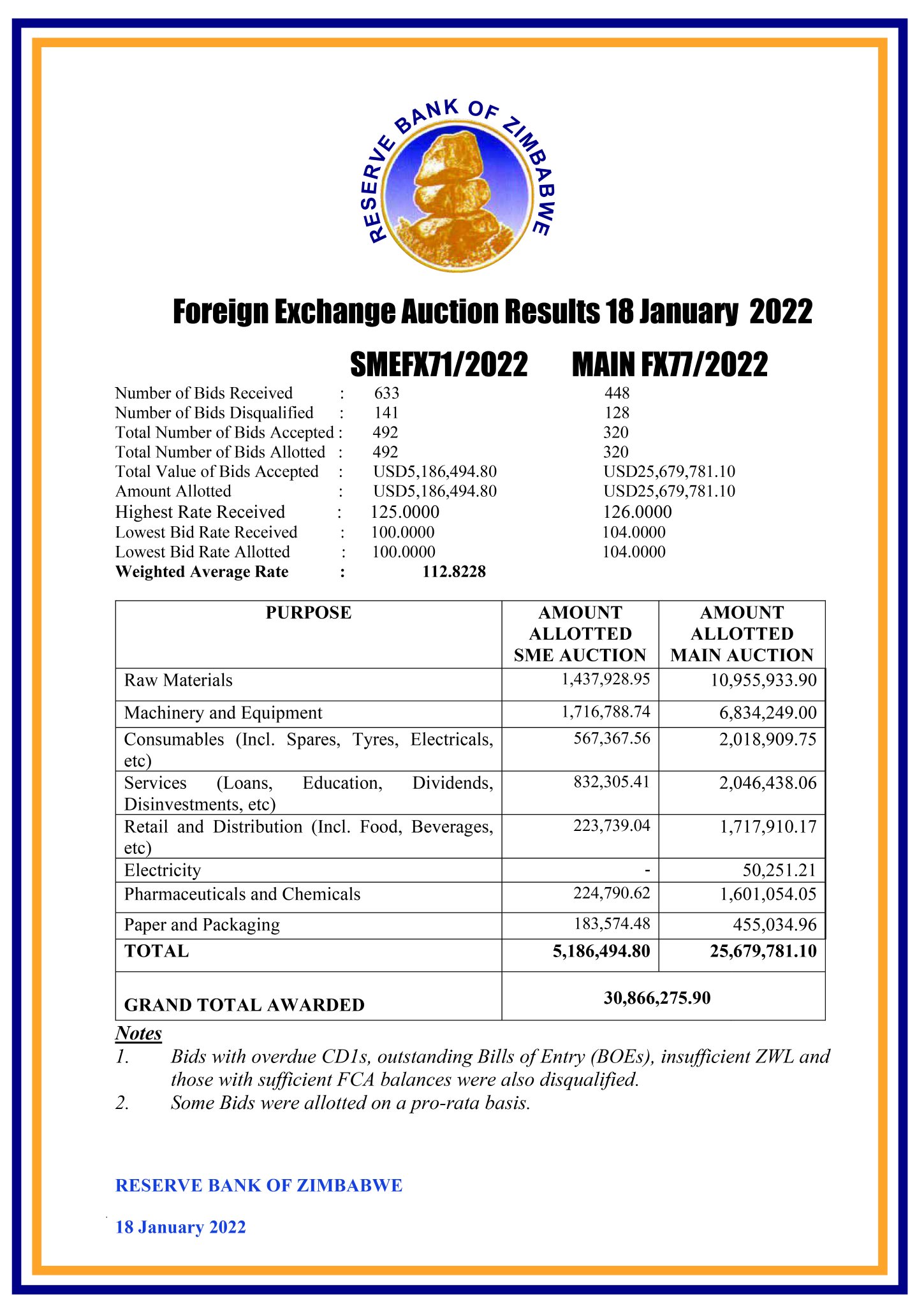