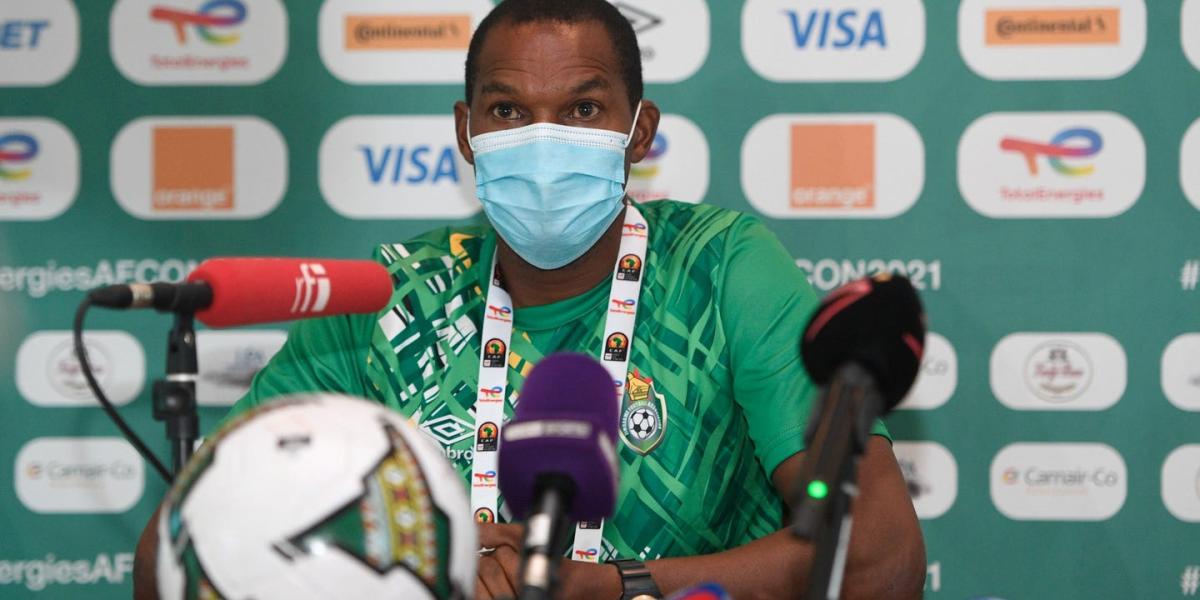 Warriors coach Norman Mapeza has blamed his players for the 1-2 loss to Malawi on Friday at the ongoing Africa Cup of Nations (AFCON) tournament in Cameroon.

Zimbabwe became the first country to be eliminated from the 2021 AFCON finals after losing the must-win Group B match against Malawi at Kouekong Stadium in Bafoussam on Friday evening.

Speaking at a post-match Press conference on Friday, Mapeza blamed the defeat on his players’ failure to play implement his game-plan. He said:

Our game management failed us today as we lost very easy balls and conceded easy goals.

We had a good game plan but the players never followed the instructions.

We gave away soft goals, we failed on game management after we had scored in the first half, only to conceded four minutes later and with two minutes to go to half time.

For their second goal, it was a soft one, the defender was dispossessed and they scored.

But our main problem was the failure to utilise chances, especially in the first half.

I think Malawi never got a shot on target until they scored.

The FC Platinum coach is yet to win a match in seven matches since taking over from Croatian Zdravko Logarusic who was sacked in November last year.

Mapeza was initially given the job on an interim basis to oversee the country’s final four 2022 World Cup qualifiers but failed to win a single one of them.

The Warriors were then held to a goalless draw by Sudan in a friendly match on 2 January before losing 0-1 to Senegal in their opening 2021 AFCON Group B match.

Mapeza’s contract runs out at the end of the tournament and it’s not clear whether the Zimbabwe Football Association (ZIFA) will retain him.