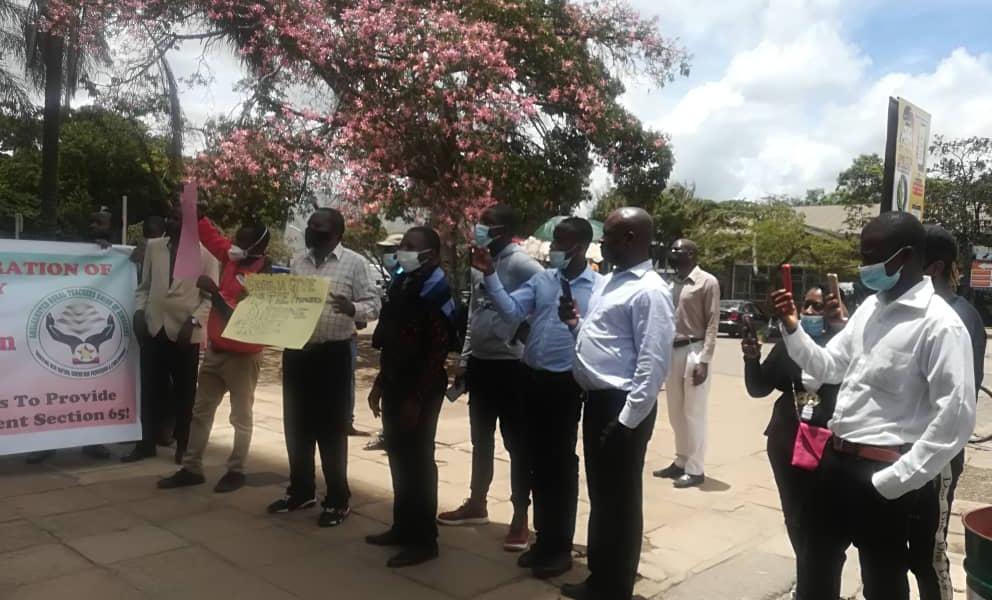 Police in Harare on Wednesday arrested at least 15 teachers for protesting poor salaries.

Among those arrested was the president of the Amalgamated Rural Teachers Union of Zimbabwe (ARTUZ) Obert Masaraure, Wellington Gweshe, Sukoluhle Ndlovu, Linia Nkiwane, and Rudo Maburutse.

The flash demonstration coincided with a virtual meeting between civil servants and the Government, which was however postponed due to internet connectivity problems.

Teachers and other civil servants want the Government to pay their salaries in foreign currency as the Zimbabwe dollar has been decimated by rising inflation.

Police could not immediately confirm the arrest of protesting teachers, with Zimbabwe Republic Police (ZRP) spokesperson for Harare Metropolitan Province Inspector Tendai Mwanza saying he had not received the report.

Meanwhile, in a statement on Wednesday night, ARTUZ said a significant number of their members remained unaccounted for. The statement read:

Mavima promised that 2022 is a good year for civil servants. Teachers nationwide are preparing to celebrate the restoration of the pre-October 2018 salaries.

We hope the government gets it right this time so that we revive the classroom.