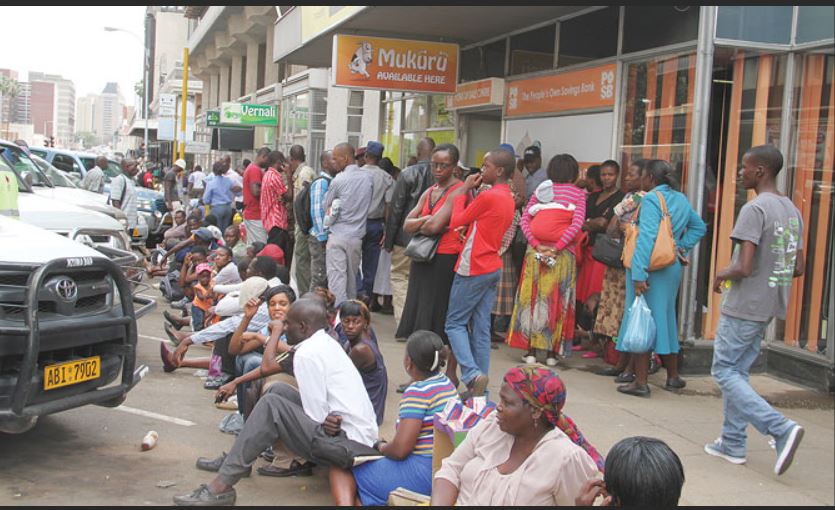 The former president of the Zimbabwe Congress of Trade Unions (ZCTU), Peter Mutasa, has said the economic crisis in the Southern African country reminds of the 2008 situation when inflation reached a record 231 million percent as per official statistics. Peter Mutasa (PM) made the remarks while speaking in an interview with NewsDay (ND) senior reporter Moses Matenga last week. We present excerpts from the interview:

ND: As someone who has worked in the banking sector and, of course, as the immediate past president of ZCTU, how best can you describe Zimbabwe’s economic performance?

PM: We are now under an exploitative and failing crony capitalism. The economy is tailspinning into chaotic scenes reminiscent of the 2008 economic crisis. Looting by government officials is spiralling out of control. These government officials are taking positions that protect their earnings and assets. The main indicators include the volatile exchange rate that has wiped out value for wage earners and pensioners.  Inflation has been managed, but it is still out of control. There is low domestic aggregate demand, with most workers earning barely sufficient wages to enable them to buy food. It is now mainly diaspora remittances and incomes from informal jobs that are keeping the few manufacturers and retailers going.  We are in a debt trap, and are failing to service our external debt which has ballooned to US$13,7 billion. Sadly, we have been acquiring more debts in opaque ways and without commensurate economic gain.  It is clear we are staring at the 2008 situation.

ND: You are painting what seems like a negative picture of the state of affairs, but the government insists that the economy is on a recovery path, who is fooling who?

PM: That is self-serving propaganda that does not assist the nation. There must be indicators which show that the economy is recovering. Exchange rate, inflation and low incomes do not show an economy that is stabilising or on a recovery path. The managed exchange rate moved from 1:1 to now 1:106, while through propaganda the government wants people to believe that it is price discovery. On the real (parallel) market, the rate is now over $240 against the US dollar. The economy is self re-dollarising and the local currency is losing value.  It can no longer be accepted as a medium of exchange or unit of account, and it is not possible to hold it as store of value. This is one instrument they have been projecting as a success.  The country is failing to attract foreign direct investment (FDI).

Due to eroding confidence, FDI that had peaked to US$785 million in 2018, dropped to US$194 million by 2020.  Half of the population is in extreme poverty — around 61% is food insecure. Our schools and hospitals are extremely underfunded and dependent on donors. We are witnessing serious brain drain and losing important human resources. We are in the middle of a migration crisis that only parallels movements from countries at war.  So, what is informing the government leading it to conclude that there is economic recovery?

Mutasa suggested that upholding principles of good governance can save the situation.