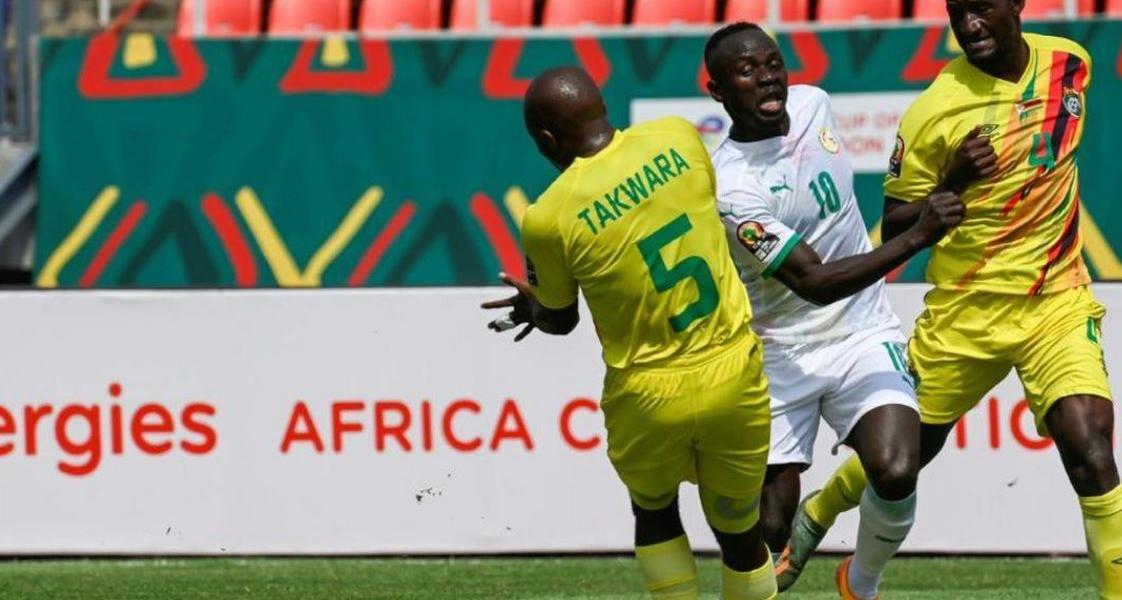 Zimbabwe lost its 2022 Africa Cup of Nations (AFCON) finals opening match to Senegal by a goal to nil.

Sadio Mane’s injury-time penalty was enough to sink the Warriors that had fought for 90+4 minutes to keep the Lions of Teranga at bay.

It was Madzongwe’s last-minute that saw the referee pointing at the spot-kick.

The Warrior protested the decision but the referee was adamant that it was a handball and if Madzongwe was not satisfied, “he should go to the Video Assistant Referee (VAR) monitors” and check for himself.

The Liverpool striker sent the Warriors goalie, Petros Mhare, the wrong way while he joined his teammates to celebrate the hard-won three points.

Odds were against Zimbabwe considering the calibre of Senegal players. Senegal who lost the 2019 AFCON final to Algeria had players like Sadio Mane and Gana who play for Liverpool and Paris Saint Germain, respectively, the best teams in the World.

Zimbabwe will play Malawi next and will be hoping to get all three points to enhance their chances of progressing from the group stages.

In all its previous attempts, Zimbabwe has never gone yonder the group stages.