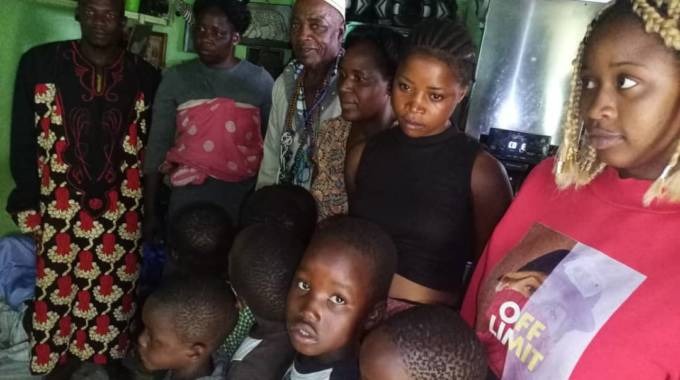 A Chitungwiza-based traditional healer, Sekuru Kafura, says he has sired 100 children and is married to 12 wives, excluding three that died in the past five years.

The 68-year-old is a self-confessed seller of goblins, and a successful businessman and farmer.

He said his very large family consumes a beast every week and spends US$826 every week on bread alone. He said:

There is nothing to be ashamed of. I sell goblins to whoever can afford them. I have been doing this since 1972 and this is not a secret.

Unlike the typical traditional healer, Sekuru Kafura, who resides in Unit J, Chitungwiza, is a well-dressed teetotaller who does not take traditional snuff.

He told The Sunday Mail that he is currently training four of his children to become traditional healers after he is gone. He said:

They will only become fully-fledged traditional healers after I am gone. My father taught me this craft and I only started healing people long after my father had died.

I will do the same with my sons; I will not allow a situation in which I will one day compete for clients with my own children.

Sekuru Kafura warned people who are reportedly using his name to defraud his clients. He said:

I am aware of people who are using my good name to rob people. My clients are being robbed in broad daylight.

What I can only say is that those that are doing this must stop or face the consequences.

One Comment on “Self-confessed Goblin Seller Says He Has 12 Wives, 100 Children”