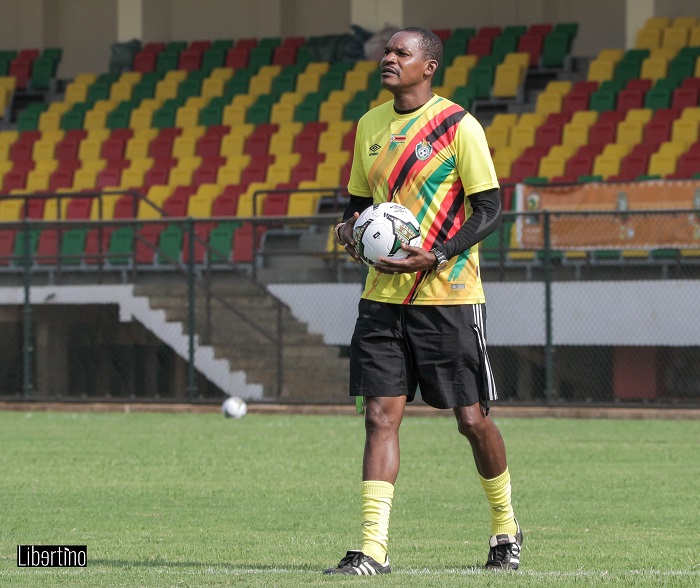 Warriors coach Norman Mapeza said he is satisfied with his charges’ attitude and application during training sessions ahead of the Africa Cup of Nations (AFCON) finals.

Mapeza is, however, praying that there won’t be injuries in the camp as the Warriors’ opening Group B match against Senegal is just around the corner. He said:

The training session was brilliant. The guys are working hard and I am happy. The guys are really pushing and their attitude is good.

My prayer is that we do not get any injuries as we are left with just three days before the first game.

I just hope that everybody will be ready by the time we play against Senegal on 10 January.

It’s all about the psychological part of the game, and we have been working on it. So far so good.

Mapeza believes that arriving in Cameroon almost two weeks before the start of the tournament has given the Warriors time to get used to the environment. He added:

[Coming to Cameroon early] gave us time to acclimatise to the new environment. Then the friendly match we played against Sudan gave us a clear picture of where we are coming from and where we are going.

In terms of fitness, I am more than happy. We lacked a bit of sharpness but that’s what we have been working on.

Everything is falling into place. I am more than grateful to the government. They gave us this opportunity to come here early and acclimatise.

Zimbabwe takes on the star-studded Lions of Teranga (Senegal) at the Stade De Kouekong in Bafoussam on Monday at 3 PM.