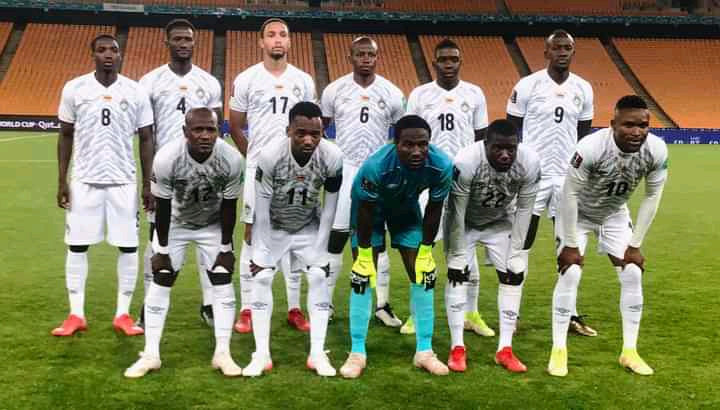 Former Warriors and CAPS United left-back Cephas Chimedza believes Zimbabwe will qualify for the knockout stages at the 2021 Africa Cup of Nations (AFCON) finals that start in Cameroon tomorrow.

The Warriors have never gone beyond the group stages since making their debut at the 2004 finals in Tunisia but Chimedza opines that with less pressure and a different qualifying format, Zimbabwe will get to the next stage.

Zimbabwe can qualify for the Round of 16 as group winners, runners up or one of the four third-best finishers.

Chimedza, who was named the 2004 Zimbabwe Soccer Star of the Year, and has 32 senior national team caps, said:

Without pressure and much expectations, I think our #Warriors will qualify for the knockout round, add to that the new qualifying format.

Chimedza was also part of the Warriors’ 2006 AFCON squad, scoring a goal in the 2-1 win over Ghana.

Meanwhile, Team manager Wellington Mpandare told Chronicle that they are satisfied with the condition of the training pitch that the Warriors are using in Baffousam ahead of their first Group B game against Senegal on Monday. He said:

We had our first training session yesterday (Thursday) from 1430hrs to 1600hrs then we will have our second today from 1400hrs to 1600hrs.

There is so much improvement on the training field from the one we saw when we came for the draw. It looks like it’s the main pitch.

AFC Bournemouth utility player, Jordan Zemura, was expected to be tested again for COVID-19 on Friday before immediately flying to Cameroon if cleared.