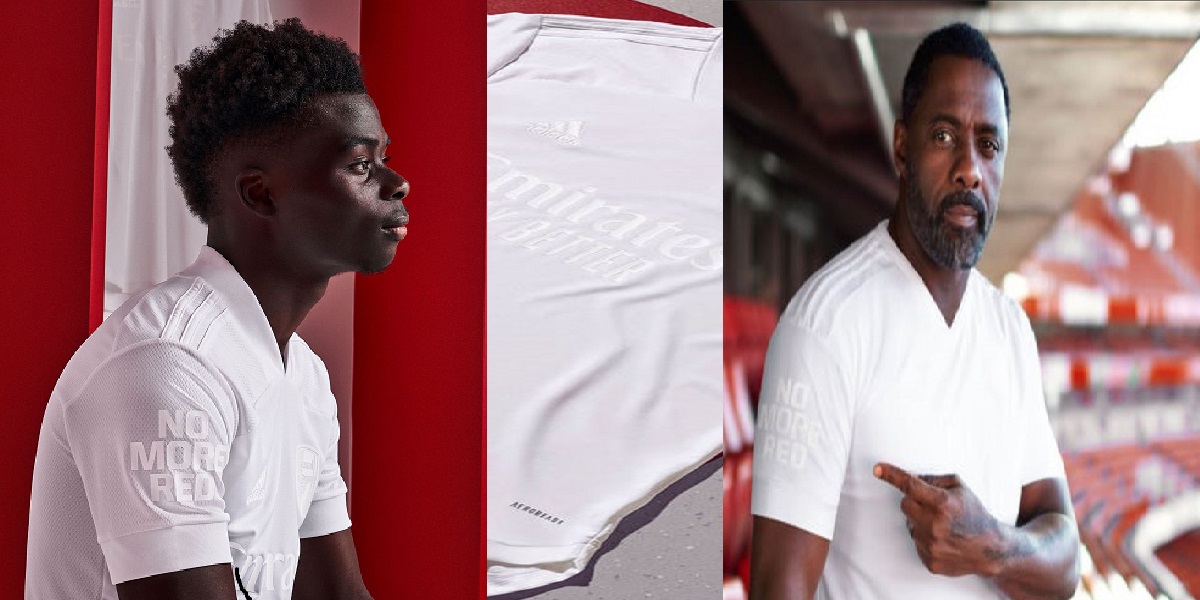 Hollywood actor, Idris Elba has backed Arsenal and Adidas’ “No More Red” campaign that is premised on ending violence and bloodshed.

The campaign is launched after 30 teenage killings in London in 2021 — passing the previous record of 29, set in 2008 — with most involving knife attacks.

The 49-year-old Elba said more people needed to “stand up” and speak out about knife crime to make a difference.

The No More Red campaign will launch with Arsenal wearing a one-off all-white kit against Nottingham Forest in the FA Cup clash at the Emirates on Sunday, with the kit later being donated to organisations supporting the cause. Elba said:

It is about options. I don’t think any kid is born into a gang or wanting to be a gang member, but if those gang members are giving you more options about who you are or giving you some credibility.

You are naturally going to go towards that. What do we give these young people? Adidas and Arsenal are working to make sporting facilities more available — that is a practical method of getting kids away from the streets for a couple of hours. It nurtures talent and gives kids an option.

The No More Red campaign will invest in creating and refurbishing safe spaces for young people to be creative and play sports — starting with the pitch on Harvist Estate just minutes from the Emirates.

It will also establish a mentorship scheme where youngsters doing positive work in the community will be advised by Elba and others such as Arsenal legend Ian Wright, DJ Emerald Rose Lewis and artist Reuben Dangoor.

Elba said seeing Arsenal playing in white will be significant and might be controversial to some, “But in the right way.”