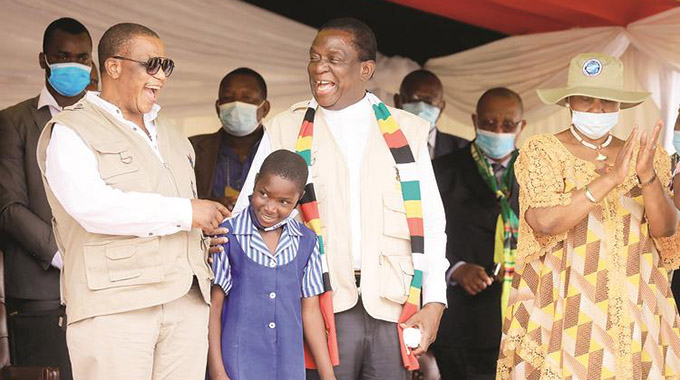 He made the remarks on Friday after officially launching a youth livestock scheme in Kwekwe, Midlands Province. Said Mnangagwa:

If we fail to empower Zimbabwe’s young people, we will fail to rebuild Zimbabwe.

Today in Kwekwe I launched a national scheme that distributes land to young people, trains them over 3 years, and empowers them to become businesspeople in agriculture.

It is through the hard work of our young people that Zimbabwe will rise again!

Mnangagwa and the ruling ZANU PF have often been accused of not prioritising the youths, and some political analysts argued that it is “an oversight that’s likely to result in the ouster of the ruling party.”

Many youths are graduates and they have found it difficult to get employment as the industry has been collapsed for two decades.

The government, however, despite promising “jobs, jobs, jobs,” has been encouraging the youth to be “innovative and grab opportunities at their disposal.”

Exiled former minister of Higher and Tertiary Education, Professor Jonathan Moyo, previously claimed that most of the graduates are unemployable because of a lack of industrial skills.

The claim was echoed by Lumumba William Gerald Mutumanje also known as Acie Lumumba who alleged that some of the graduates he had hired sucked at their tasks.

Meanwhile, the scheme launched by the president this Friday is part of the Agriculture and Food Systems Transformation Strategy that is expected to propel Zimbabwe to become an upper-middle-income economy by 2030.