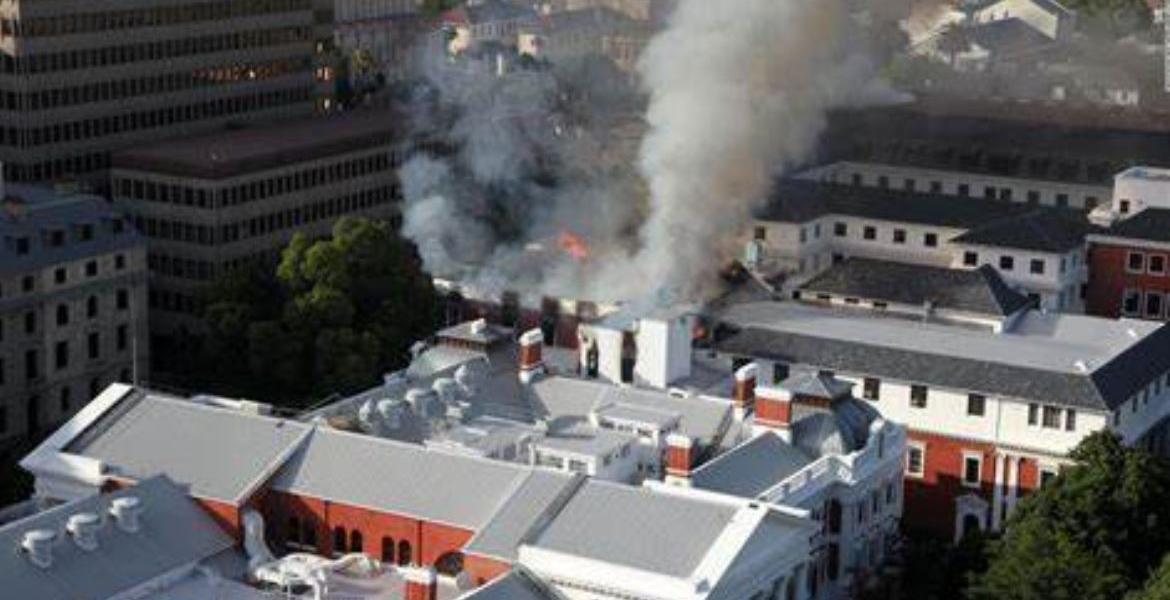 A fire that ripped through parliament in Cape Town Sunday has again erupted and “engulfed the entire roof”.

“[The] fire has just re-emerged and it’s now engulfing the entire roof of the National Assembly. It’s inexplicable, as we thought it’s been put out completely.

Cape Town fire and rescue service’s Jermaine Carelse also confirmed that the fire had “flared up”. He said:

The void beneath the roof sheeting of the National Assembly is on fire. There are six  firefighting appliances on the scene, as well as the hydraulic platform from Roeland Street fire station.

There were 34 firefighters busy on the scene.

President Cyril Ramaphosa said a suspect had been arrested in connection with the fire.

Meanwhile, some quarters are frustrated and are accusing the government of ignoring recommendations that were made by an external auditing firm, BDO early this year on how to make the building safer after a fire at parliament in March last year.