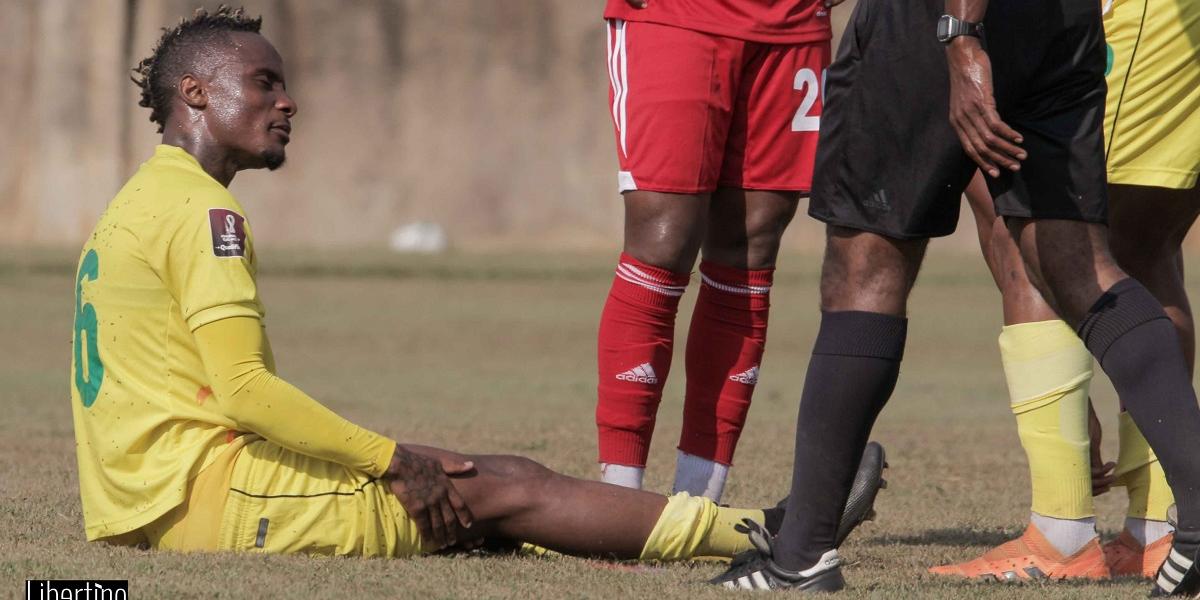 Zimbabwe has suffered another setback ahead of the Arica Cup of Nations (AFCON) finals scheduled to start on the 9th of this month after Kuda Mahachi left the pitch injured in a friendly match against Sudan this Sunday.

Petros Mhari was also substituted after showing discomfort after landing awkwardly in the same match.

The match ended goallessly. Said the Zimbabwe Football Association (ZIFA) in an update on the preparatory match:

The second half has just resumed and its still 0-0 Kuda Mahachi left the pitch injured in the first half and he was replaced by Onismor Bhasera Talbert Shumba has come in for Petros Mhari who also showed discomfort after landing awkwardly.

Asked on the state of the injured players, ZIFA said it “will have more after speaking to the team physician.”

Today’s First XI was comprised of:

Out of the 23 players who made it into the final squad, 18 players are in camp while the remaining 5 are expected tomorrow (Monday).

Zimbabwe is already without some of its key players including Khama Billiat, Tendayi Darikwa, Marshal Munetsi, Marvelous Nkamba and Brendan Galloway who are out over various reasons.

3 comments on “Zimbabwe Suffers Another Setback Ahead Of AFCON Finals”