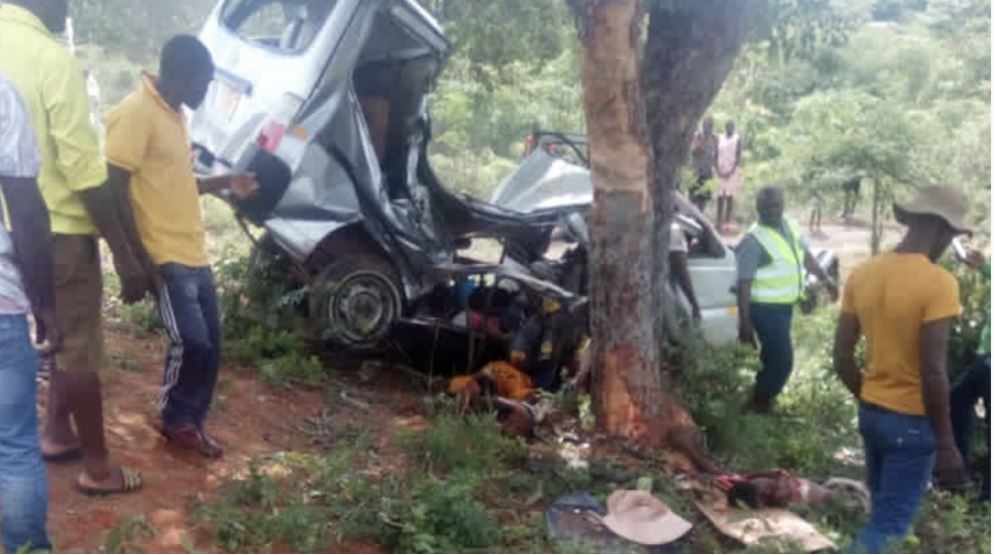 Three brothers and a nephew are among the seven youths who were killed in a road accident near Lake Mutirikwi on New Year.
Masvingo Mirror reports that the youths were on a joyride celebrating New year.

Close sources told the publication that one of the three Mandava brothers named Blessing stole his father’s Nissan Caravan and they were joined by nine other youth picked from Zano Topora Business centre, less than 5km from the Lake.

They bought six chickens at Topora which they intended to slaughter and braai from the scenic shores of the Lake.

Six died on the scene while the seventh person died in hospital Sunday morning.

The Mirror reports that the father works in South Africa and had just bought the car and sent it home intending to use it when he returns. A source who declined to be named said:

After buying the chickens and picking friends at Topora, they drove towards the Lake which is about 5km away. The road down into the Lake area is steep and meandering. The driver lost control of the vehicle probably due to high speed and the car veered downhill where it hit a tree and crushed into a lump of metal.

The victims were positively identified by their next of kin as:-

The bodies of the victims were ferried to Masvingo General Hospital for post-mortem while the injured were referred to the same institution for treatment.