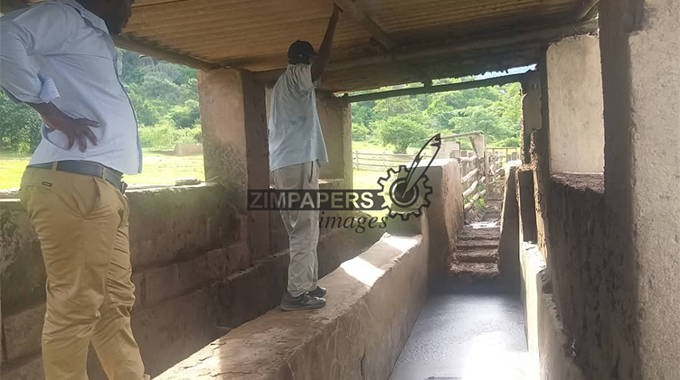 Villagers in the Sese area of Chivi are threatening to sue Murowa Diamond Company, accusing the diamond mining firm of damaging infrastructure while exploring for gems in their ancestral land.

They claim that Murowa caused structural damage to the Chamakanda dip dam and dip tank as a result of the vibration caused by the drilling.

The Chamakanda dam and dip tank are reportedly leaking after Murowa a few months ago drilled near the structure as part of its exploration work in the village.

Chairperson of Chamakanda Dip Tank committee Builder Tavagadza told The Herald that the facility is in urgent need of repairs as it can no longer impound water due to underground leaks.

This has forced villagers in Ward 20 to dip their cattle once a month exposing them to tick-borne diseases like January disease, while small-scale irrigation farmers have also been affected.

Ward 20 Councillor Alec Nhundu called on Murowa to help fix the damages if it is behind the faults.

I have no comment on that, I have not heard anything like that and we will have to investigate but at the moment.

I have no comment I can’t say anything on that. I have no information to that effect.

The dip tank was commissioned in 2007 after Sese villagers pooled their resources to build it.