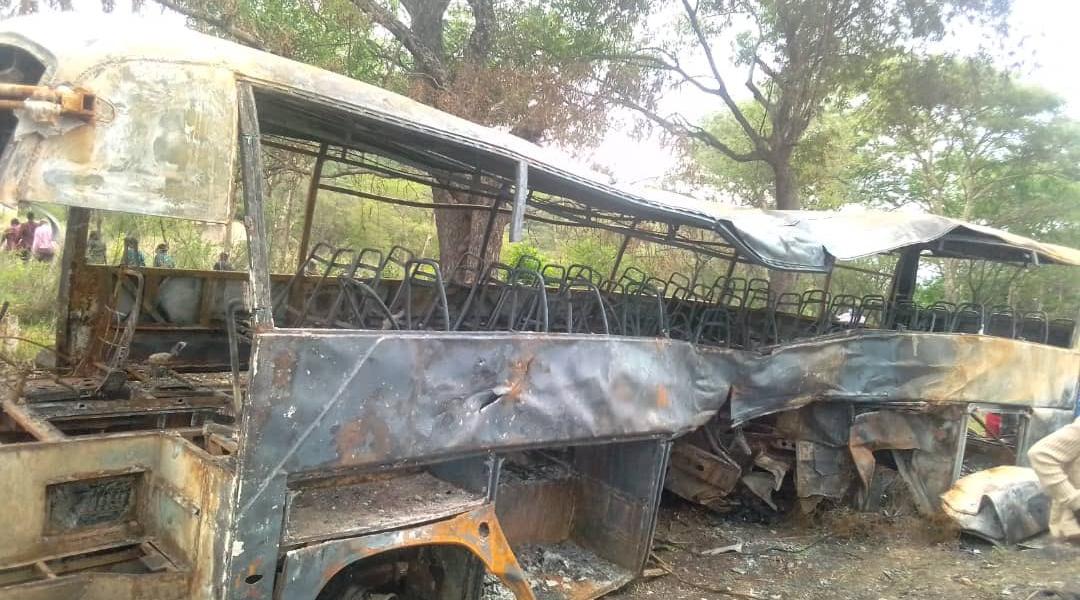 Transport and Infrastructural Development Minister Felix Mhona said that the Government will ensure that reckless drivers pay heavy penalties as well as roll out a programme to improve signage on major roads across the country, to reduce accidents.

Mhona made the remarks on the sidelines of a tour of the site where a Beta Bus collided with a Harare-bound fuel tanker on Christmas Eve.

We are deeply concerned with the increasing number of road accidents. We continue to lose lives needlessly.

This is the reason why the Government will soon be putting in place heavy penalties for those found on the wrong side of the law after road accidents.

This will also apply to reckless drivers who might not necessarily have been involved in an accident.

We just have to make sure that from now on reckless drivers pay heavily for their wrong deeds. We surely cannot continue losing lives in ways that can be avoided.

We are also aware as a ministry that the signage on our roads is not what it should be. The same applies to this road up to Christmas Pass.

Therefore, we will make it a priority to ensure that we resuscitate signage on our roads.

This might also go a long way in addressing challenges that our motorists are facing on the roads.

One of the survivors from the accident who was aboard the Beta Bus, Seth Nehara of Dangamvura, said the driver of the bus was speeding. She said:

I boarded the bus in Marondera and the driver was speeding. The accident could have been avoided if the driver had applied his defensive driving skills because he swerved into the lane of the oncoming tanker while trying to avoid hitting a pedestrian who was on the road.

I want to thank everyone who helped in saving lives, especially a truck driver, Mr Sirizani Butau who sustained burns while trying to save the trapped people in the tanker.

He is a hero and people should emulate his heroics than stop at accident scenes to take photos and videos.

Nehara was injured in the accident but has since been discharged from Victoria Chitepo Hospital.

One Comment on “Govt To Clamp Down On Reckless Drivers”