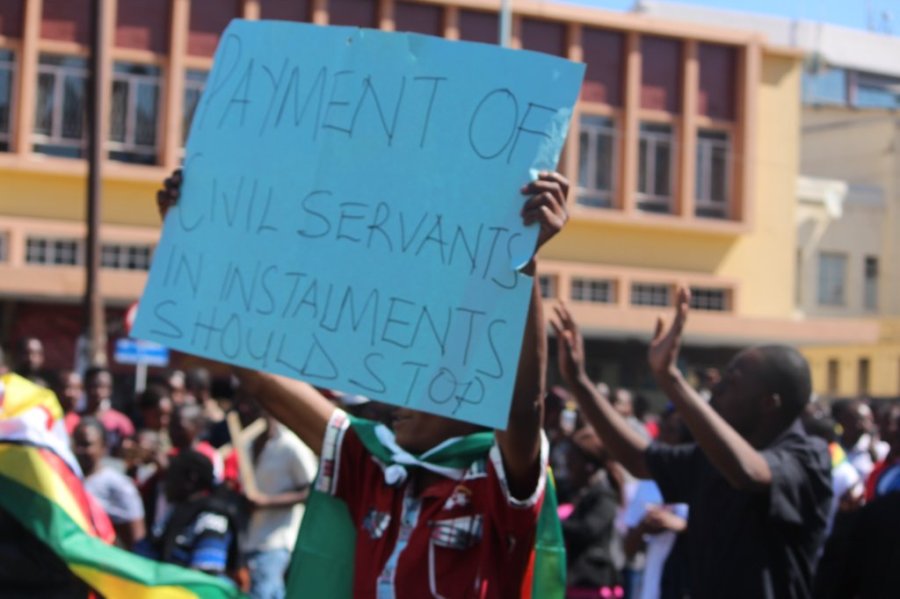 Civil servants are hoping that the Government will pay their salaries in 2022 in foreign currency.

In an interview with State media on Saturday, Apex council secretary-general David Dzatsunga said civil servants have a legitimate expectation that the Government will accede to their request for salaries to be paid in forex. Said Dzatsunga:

Our expectations for the New Year are that we get more or the same as we got with the bonus.

We hope that the Government will move towards making sure that civil servants get US dollar salaries as has been a long-standing demand.

We believe that we also have a legitimate expectation of that.

In 2021, the Government paid its workers bonuses in foreign currency as a way of cushioning them from rising inflation.

However, Finance and Economic Development Minister Mthuli Ncube said the forex bonuses were a once-off payment and civil servants will continue getting salaries in Zimbabwe dollars.

Zimbabwe Teachers Association (ZIMTA) chief executive officer Sifiso Ndlovu said teachers are concerned with the rising cost of education and the general rise in the cost of living. Said Ndlovu:

We are already seeing that goods and services have gone up. So, we will engage the Government on matters of teachers’ welfare as we have done in the past.

We also are hoping that the Government would come up with strategies to ensure education becomes accessible to all.

What we are seeing at the moment is that education is increasingly becoming expensive, fees are increasing while stationery is also getting expensive.