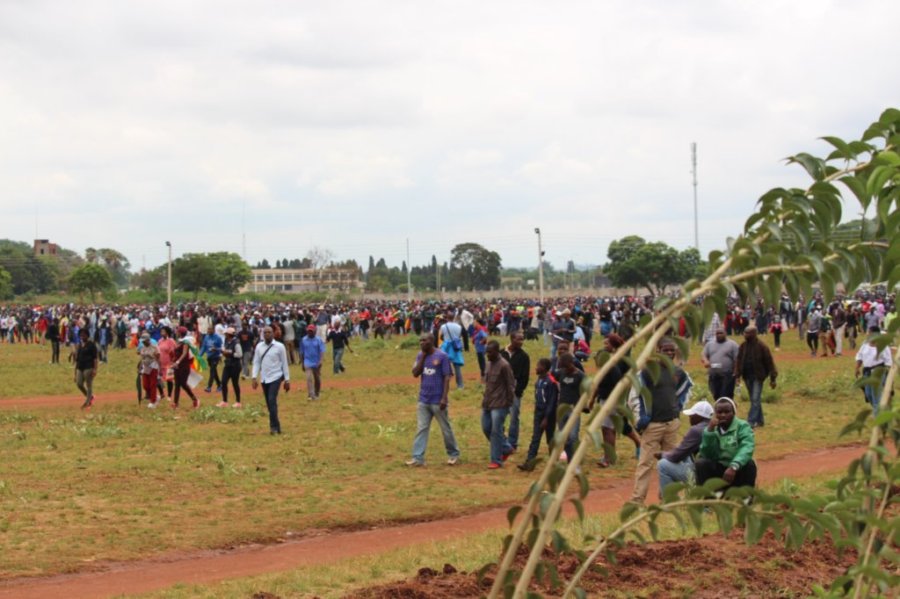 Self-exiled former ZANU PF politburo member and cabinet minister Jonathan Moyo said he won’t return to Zimbabwe any time soon for fear of “the murderous Gukurahundists”, in reference to the government birthed by the November 2017 military coup.

Moyo fled the country while the coup was unfolding and is reported to be living in Kenya.

Besides Moyo, other prominent G40 members, such as Saviour Kasikuwere, Walter Mzembi and Patrick Zhuwao are also living in exile.

G40 was a ZANU PF faction that was reportedly aligned to former First Lady Grace Mugabe and was working to prevent President Emmerson Mnangagwa from succeeding Mugabe.

In an emailed response to NewsDay, Moyo asserted that he will not come back to Zimbabwe when Mnangagwa and other military leaders who staged the coup were still in power. He wrote:

Like compatriots elsewhere in the diaspora, I am ancestrally and, therefore, existentially Zimbabwean and Zimbabwe wherever I am, as such I did not and cannot flee Zimbabwe, but I fled murderous Gukurahundists that Bishop Manhanga was praying with and for.

… they were baying for my blood and they had put my family in harm’s way, falsely accusing me of treason, causing disaffection in the army and working for the CIA [Central Intelligence Agency] through the then United States ambassador in Harare, Harry Thomas, whom I never met nor spoke to even for one second during his entire tenure in the country.

Today, they are the illegitimate government. If I fled them when they were not in government, it is preposterous for anyone, let alone a whole bishop (Trevor Manhanga) who ought to know better, to say I should go back to the murderous Gukurahundists today when they are the government. It’s like inviting me to a slaughterhouse. Hell no!

Trevor Manhanga, a preacher with reported links to ZANU PF, on Sunday, urged Zimbabweans living abroad to return and help rebuild the country.

He was speaking during a national thanksgiving and dedication service held at the Zimbabwe International Trade Fair (ZITF) in Bulawayo that was also attended by Mnangagwa.

One Comment on “Prof Moyo: I Won’t Return To Zimbabwe Anytime Soon”