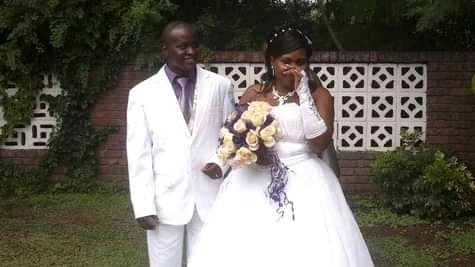 Auxillia Matukudure, the Madziwa teacher who allegedly committed suicide after her husband used her money to pay lobola for his second wife, was provoked by the new wife, who sent her pictures of the lobola ceremony, reports claim.

According to Matukudure’s close relatives, she had a heated argument with her husband identified, as Norman Murire over his infidelity on 18 December.

Her close relative told H-Metro that the husband intended to tell Matukudure about the situation with the other woman and was surprised after the lobola ceremony pictures got to her without his knowledge. Said the relative:

These people were real entrepreneurs and on the day she suspected that her husband was up to something, she asked him if he had taken her money.

He denied everything and that he had paid lobola for another woman.

The issue is that Auxillia was provoked by this woman as she is the one who sent her pictures of the lobola payment.

It’s not the husband who leaked the pictures since he was planning to explain the whole situation.

He was also surprised how the pictures got to his wife.

The woman stays in town and she would pass through Auxillia’s workplace only to provoke her.

Matukudure’s bitterness was further aggravated by the number of people who were close to her who attended the lobola payment ceremony and she felt betrayed.

Matukudure was a mathematics teacher in Madziwa. She leaves behind four children – one who is in form 2, Grade 7, Grade 4 and a two year–old.

We have received information of sudden death by poisoning where it was reported that on December 18, the deceased had a heated argument with her husband over infidelity issues.

After the misunderstanding, she said goodbye to him and took the poisonous substance.

She was then rushed to the hospital where she was admitted. She died the following day around 7 pm and no foul play is suspected since she even talked before she died.

In what is reported to be her final WhatsApp status update just before she took her own life, Matukudure wrote:

To Norman [and] Gracious, [congratulations]. [Here] is my life for [your] lobola gift. [There] shall never be peace in [your] marriage. May this day bring [all] curses on you and all [your] children.

A close relative told H-Metro that Matukudure’s body was expected to lie in state at her house, contrary to cultural considerations.

It is taboo to put a suicide victim in the house prior to burial. The relative said:

Culturally, when one dies they should lie in state mumba mavo, (in their house) so despite that she committed suicide, relatives are saying she should be in her house.

They want to make sure that they (the husband and his new wife) will not use the house.