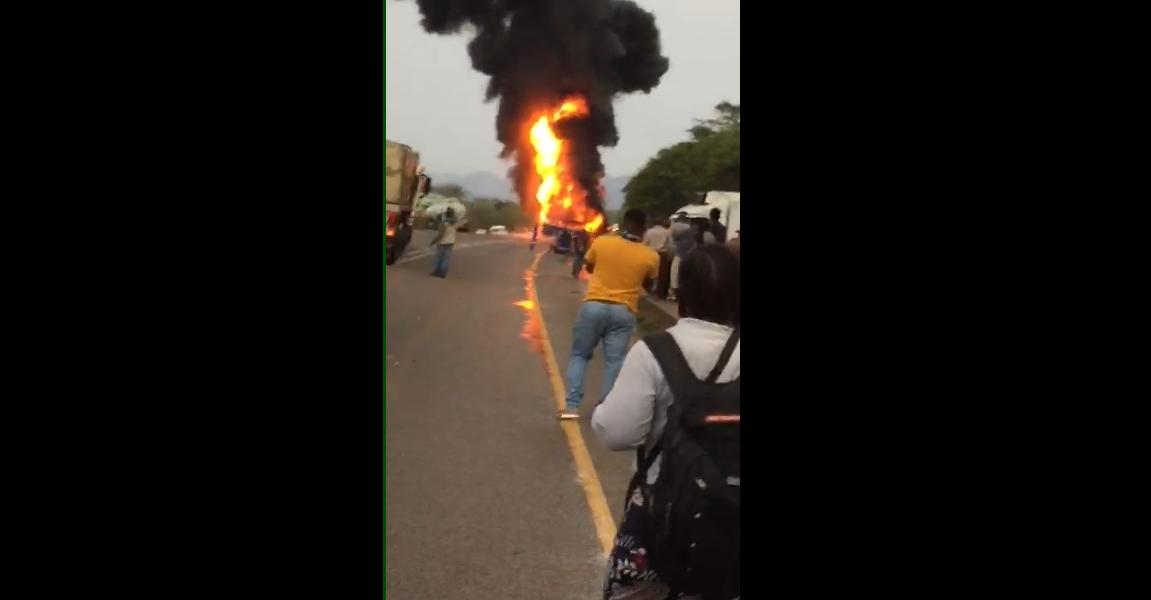 Four people died after a Beta Private Limited bus collided with a fuel tanker, before bursting into flames 20 km outside of Mutare, Manicaland Province on Christmas eve.

All four were apparently burnt beyond recognition.

The rest of the passengers managed to escape the inferno through the emergency exit panels.

However, 54 of those escaping passengers were taken to Victoria Chitepo Provincial Hospital with injuries described as serious.

The four bodies were being retrieved last night.

Nyathi said the bus, which was on its way from Harare, encroached onto the opposite lane resulting in the head-on collision with the tanker that was heading towards Harare. He said last night:

There are reports that the bus driver had tried to avoid a drunken person who was along the road and thereby encroaching onto the opposite lane but we are still conducting investigations.

Our officers are still on the ground and we will be releasing more details.

The tanker which was transporting fuel burst into flames. Both vehicles were reduced to wrecks.

As the Civil Protection Unit, we are encouraging motorists to exercise extreme caution on the roads.

It so sad to lose lives in such a horrific manner especially during this festive season.

The bus was reduced to a metal hulk.