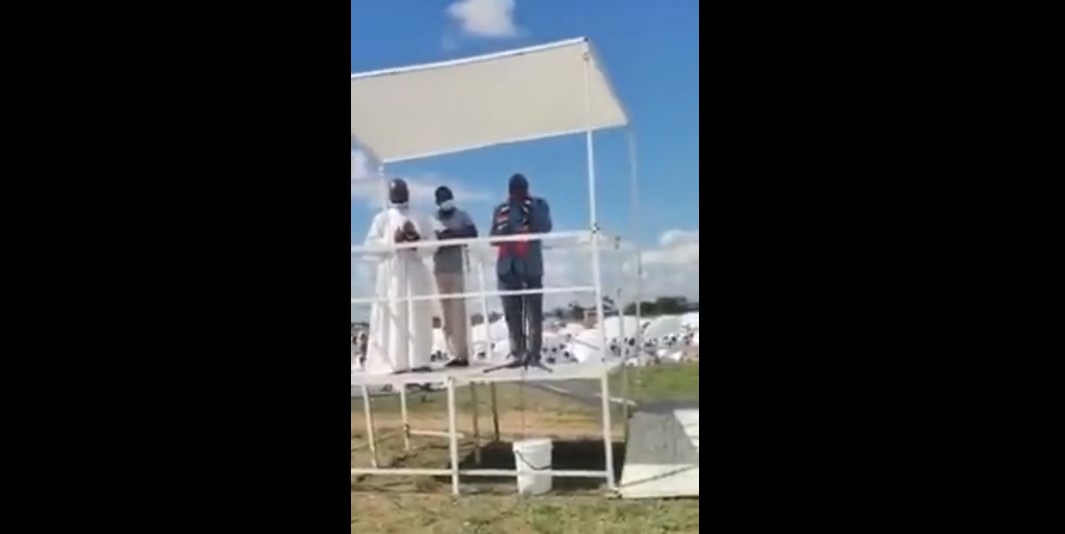 Paul Mwazha, Archibishop of one of the country’s largest indigenous church denominations, the African Apostolic Church, reportedly ordered his followers to vote for ZANU PF or risk being de-churched.

In an undated video circulating on social media, an unidentified man wearing President Emmerson Mnangagwa’s trademark Zimbabwean scarf told a gathering of church members that all congregants who vote against ZANU PF will be excommunicated. The man said:

Your Paul Mwazha said to all African Apostolics, anyone who votes against ZANU PF will be chased out of the church.

None of you will be harassed as long as we are there, as long as the president is there, I will go and tell him if there is anything that is troubling you.

Recently, the church’s chairperson for publicity Bishop Gwatirera Javangwe said its members will continue to vote for the ruling party in national elections.

Speaking at an event organised by the church to celebrate Paul Mwazha’s legacy at Mapembe Shrine last month, Javangwe said:

Archbishop Mwazha always taught us to vote for ZANU PF. The church and government are one thing. I promise that we will continue working closely with our government. That’s our assurance.