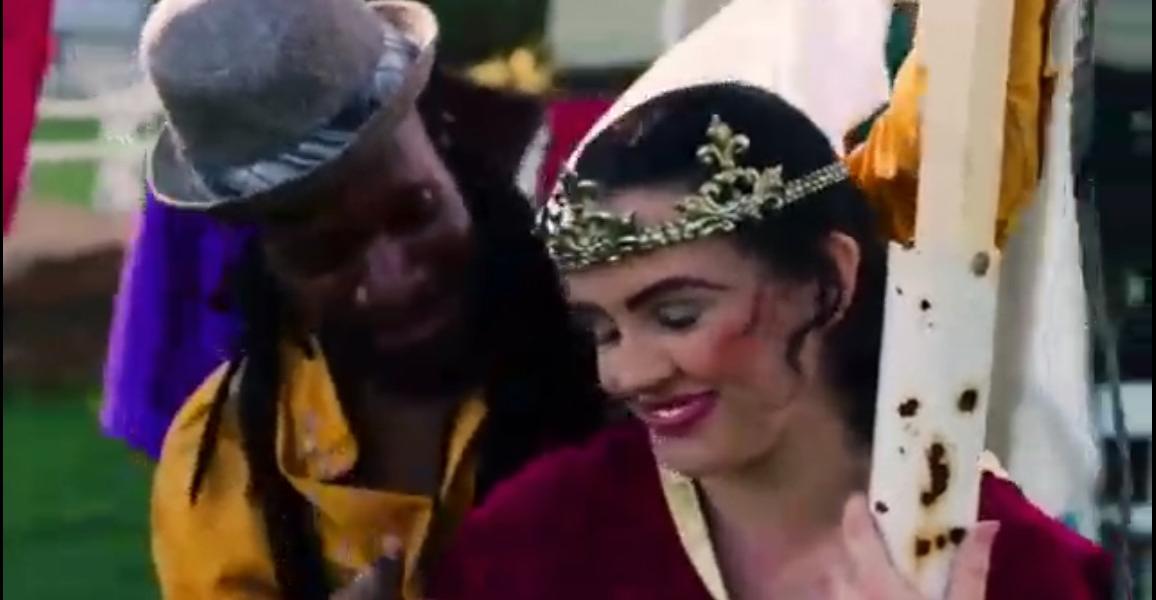 In a tweet, the award-winning author of “Nervous Conditions” said she loves Winky D’s music and charisma but his fixation with white girls in his videos was becoming an issue. She wrote:

Just had a look at Wink D’s “Happy Again”. While I love Winky D’s music and his charisma, in my opinion, the white girl fixation is becoming problematic.

Dangarembga was referring to Winky D’s latest video “Happy Again” which features a white woman and “MuGarden”, which he collaborated with Gemma Griffiths.

I’ll start with I love your work because I do, but. The storyline is about a poor black farm boy being loved against all odds by a white aristocrat.

Two videos don’t really count as a fixation. Imagine if we said you never write Shona, and you have no work in Shona does it become problematic?

… I would have chosen to look at it as breaking a barrier here. Not the pinnacle of desirability but rather a voice for interracial relationships, which, not to get personal, but you should lend your voice to as I’m certain the challenges are many.

Dangarembga said while the two videos do not make a fixation, it was Happy Again’s storyline that was problematic. She said:

That whole storyline is really problematic to me. Making the white woman the pinnacle of desirability that is out of reach.

I agree that the two videos don’t make a fixation, but they are close together and seem to get the most traction as they appeared on my timeline.

Brooxy wrote: “You’re entitled to your opinion as you are madam, I think this was just an unfair judgement of character. Your profiling is just baseless, it’s just one video for crying out loud. @winkydonline is a brilliant artist and Happy Again is a beautiful song with an awesome video.”

Kuda Jr, in response to another Twitter user, said: “Yes it’s her personal opinion but it’s beyond comprehension how she reached that conclusion when Winky D has just 1 video (Happy Again) with a white girl love interest out of all his videos. After all, she has a white husband, who said what about that? Nah she went bonkers for this.”

Jay said: “Sapphire Caricature has been normalised in video and movie making with Winky D’s video assimilating same fate of blackness portrayed playing a servitude role with whiteness being dominant and appealing. The song is great though @happy AGAIN.”

The Baking Nurse said: “With all due respect, and if I’m not mistaken these are only 2 videos. As for Gemma, she was a feature. Maybe I’m not learned enough but we can’t call 2 a fixation”.

In response to some of the comments on her original post, Dangaremba maintained that while Winky D’s videos may not constitute a fixation, “it is stereotypical casting of white desirability.” She said:

Yes, Gemma was a feature, so that is different. Nevertheless, it was a lead. Now we have another white woman lead in a relatively short space of time. True, it does not yet merit being called a fixation, but it is stereotypical casting of white desirability.

Asked by Kwashe what she thinks could have been done for it not to be problematic, Dangaremba said:

A different storyline if the white actress was to be cast, or casting one of the black servants as the princess, setting it in Great Zimbabwe, Kingdom of Congo, or of Benin. I see lots of options.