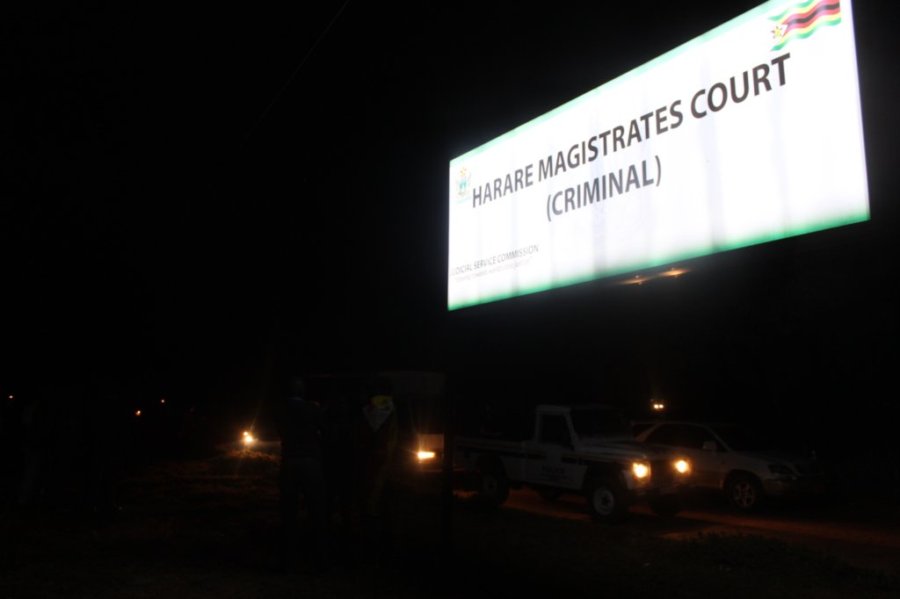 Vice President Constantino Chiwenga on Thursday met his estranged wife, Marry, face-to-face at the Harare Magistrates Court. It was the first meeting for the couple in a long time after a dramatic fallout.

Chiwenga took the witness stand in-camera before Harare magistrate Lazini Ncube who had ruled that the State vice president must be protected because of his high office.

Marry’s lawyer, Beatrice Mtetwa on Wednesday argued that Chiwenga must not get special treatment and the matter must be heard in a public court.

However, Ncube ruled that the State had made it clear that it is the office of the complainant that needs to be protected. Said Ncube:

The defence has a duty to put questions to the complainant, which was still going to happen if it was in an open court.

It is my view that nothing has been put in place to show the prejudice the complainant would suffer if the case is heard in camera.

The State has made it clear that it is the office of the complainant that needs to be protected.

Speaking to journalists after court, Mtetwa said Chiwenga did not say anything warranting camera proceedings.

Chiwenga arrived at the Magistrates Court around 10 AM escorted by three top-of-the-range vehicles and five security aides.

He entered the courts’ building using an entrance reserved for magistrates, avoiding reporters who had gathered.

Chiwenga accuses Marry of trying to fraudulently acquire a marriage certificate without his knowledge in 2019, allegations that she has consistently denied.

The matter was postponed to 17 January for the continuation of the trial.