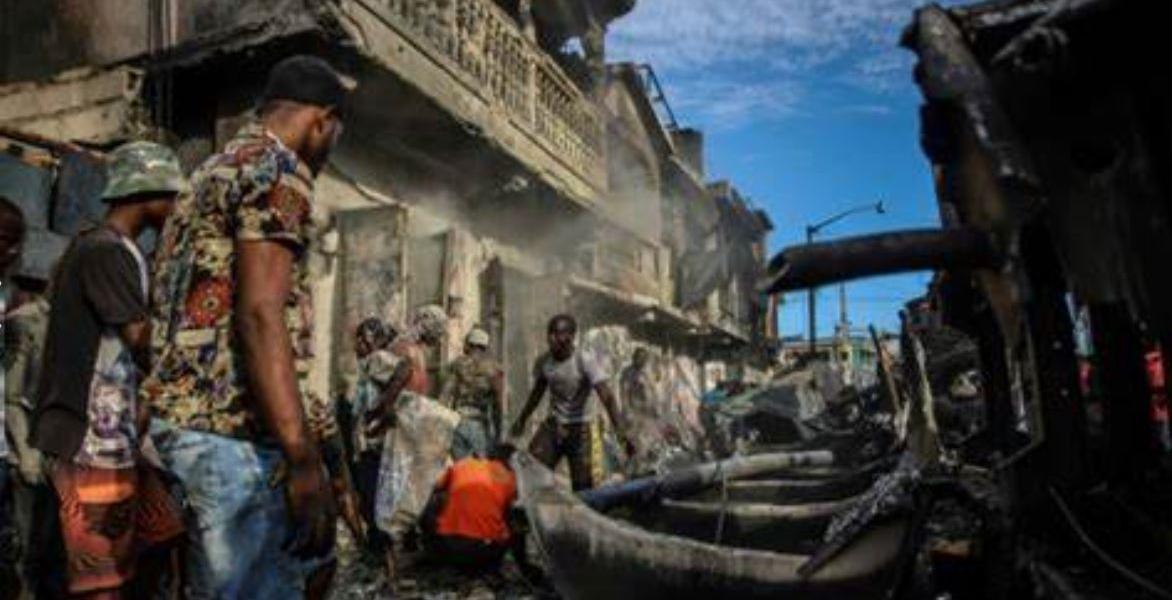 A fuel truck exploded in Haiti on Monday killing 75 and injuring many with officials saying the incident was worsened by residents approaching the vehicle in a desperate search for fuel.

Rescue workers recovered 61 bodies at the site of the accident while a director of the city’s main hospital said a further 14 people had died while being treated for wounds. Said Jean Gracia Coq, medical director at the Justinien University Hospital:

We need all the help we can get. The hospital is not used to having so many injured.

The shortages have made people let down their guard and not take the precautions that should be taken with regards to fuel.

Monday night’s major blast burned several homes and shops nearby, and also destroyed cars and motorcycles on the street.

A witness told Reuters that the fuel truck had flipped over after its driver tried to avoid hitting a motorcycle.

The impact of the blast was worsened because residents were storing fuel in their homes and because some approached the truck when it flipped.

The tragedy prompted an emotive lament from Pope Francis and a call to prayer for the Caribbean nation, which this year has suffered a brutal wave of gang violence, a presidential assassination and a devastating earthquake.

Prime Minister Ariel Henry on Tuesday visited Cap-Haitien’s main hospital to meet with victims. He promised to release government funds in response to the tragedy and said the deceased would be buried in an official state funeral.

Wednesday marked the first of three days of national mourning for the victims.