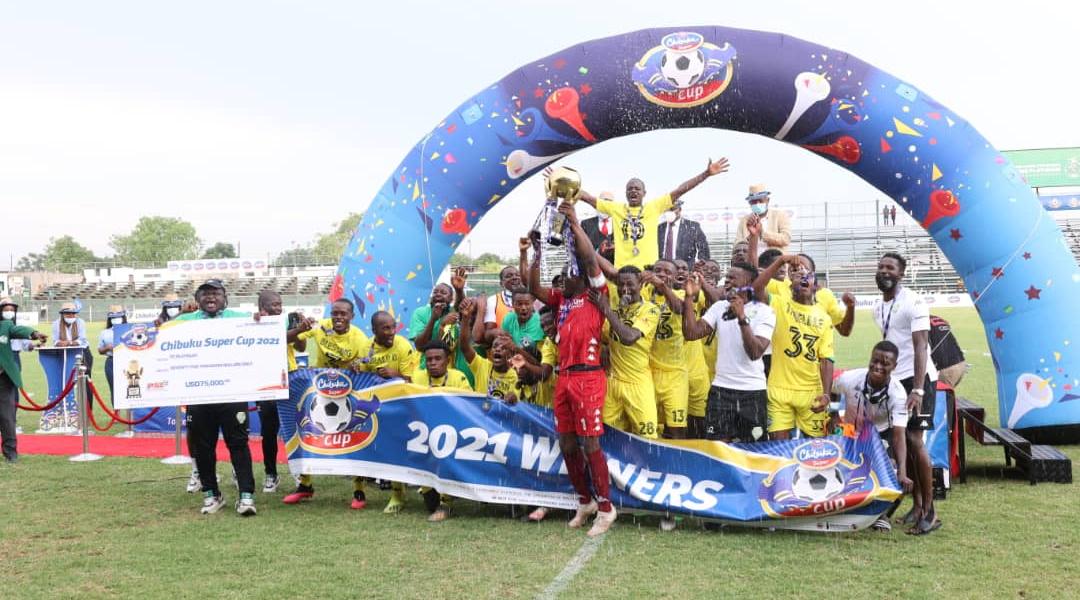 FC Platinum bagged US$75 000 in prize money, to be paid in local currency at the prevailing official rate on the day, after winning the 2021 edition of the Chibuku Super Cup.

The Norman Mapeza-coached side beat Ngezi Platinum Stars 5-3 on penalties in the final after the match ended 0-0 at Mandava Stadium on Sunday.

Pure Platinum Play also gets the ticket to represent Zimbabwe in the next edition of the CAF Confederation Cup.

Ngezi Platinum Stars lost the final for the second time in succession following their defeat in 2019.

For Mapeza, winning the Cup for the second time in three finals is massive. Said the former Warriors coach:

It’s massive. This is our third final. I think Harare City managed to win two trophies in four attempts.

So for us, it’s a massive achievement considering where we are coming from with COVID-19 and things like that. It’s massive for the boys.

Meanwhile, his Ngezi counterpart Rodwell Dhlakama said he was happy with his players’ performances but luck was not on their side. He said:

Sometimes you need luck. If luck eludes you sometimes you have to think about it, go back to the drawing board and keep motivating the boys.

The fact that we are on the second final in succession means there is consistency on our part.

Where there is consistency, it gives you hope going forward. Otherwise, I am happy for the boys. They did very well.