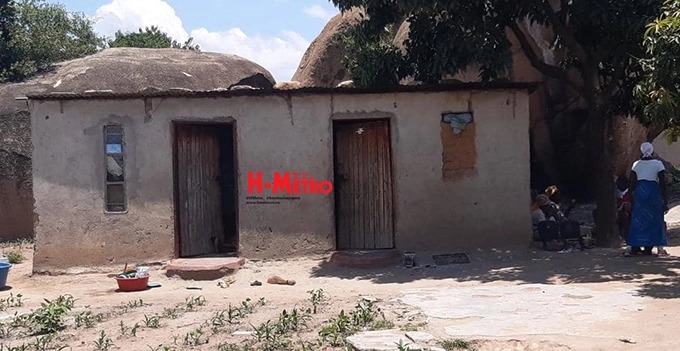 The house where the corpse was dumped (Picture Credit: H-Metro).

An Epworth man on Sunday dumped the body of his deceased seven-month-old child at a midwife’s home blaming her for causing the death.

Speaking to H-Metro after he had taken the corpse back to his house from Mawire’s place, Shiri revealed that he had a misunderstanding with Mawire that lasted from the time his wife was pregnant until the day of delivery. He said:

I sired the child who just died with my second wife and she had a twin brother. They were delivered by Mawire seven months ago.

Prior to the incident, I had refused to give my second wife money to register at the local clinic because we were having problems.

So when my wife was now due Mawire offered to help and charged me US$15.

She wanted to be paid before she did the job and we had a misunderstanding that lasted until the day of delivery.

Shiri accused Mawire of failing to properly deliver the second child since they were twins, resulting in complications. He added:

I immediately noticed that something went wrong during the delivery and it was evident on the child’s arms which could not bend.

A few days after the birth, I asked Mawire to accompany my wife to the hospital when my daughter’s arms became swollen.

She refused to go to the hospital as a witness and the doctors also said the child required an operation but only when she had grown up.

Mawire demanded more money for the extra child she did not expect to deliver, I told her I had paid her enough.

She then told me kuti ndichazviona zvichaitika kumwana since ndange ndaramba kumubhadhara imwe mari yaaida. [that I will see what will befall the child since I had refused to pay the additional fee that she had demanded].

Shiri said on Saturday evening, he paid Mawire US$15 but the child died the following morning.

However, Mawire denied ever causing the death. She said Shiri brought the corpse to her home and when she tried to escape, he manhandled and assaulted her.

She said she managed to escape and reported the matter to Epworth Police.

Mawire told H-Metro that she has been a midwife for the past 18 years and is licensed by the Traditional Medical Practitioners Council.