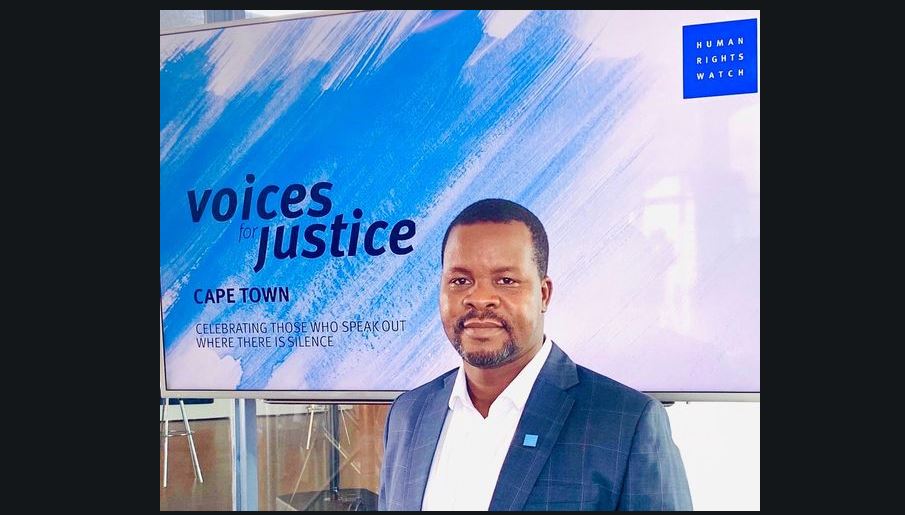 Sources close to the Mavhinga family said the prominent lawyer succumbed to COVID-19. He died in Johannesburg, South Africa, where he was based.

His colleagues say he recently attended a funeral in Zimbabwe where he’s feared to have contracted Covid-19.

One of his closest friends, Pedzisai Ruhanya who is also an MDC Alliance activist, posted on social media mourning the legal expert. He said:

In life, there are real friends, top-notch friends. You were one among such important friends. Wandirwadza Dewa. RIP my brother.

Big bro, Why! Devastated! You said you will be fine!

A great Zimbabwean Dewa Mavhinga has gone. Painful and distressing. A fair and committed human rights fighter, full of integrity and passionate about his country. Rest in Peace.

Former Education Minister and MDC Alliance Treasurer General, David Coltart described Mavhinga as a champion for the protection of human rights. He said:

I am very saddened to hear that Dewa Mavhinga has died, apparently of #Covid in South Africa. He was a great champion for the protection of human rights. My condolences are extended to his family and friends.

Dewa has more than ten years of research and advocacy experience on Zimbabwe as well as in Southern Africa. Before joining Human Rights Watch, Dewa worked as the Regional Coordinator for Crisis in Zimbabwe Coalition based in Johannesburg.

In 2012 Dewa co-founded the Zimbabwe Democracy Institute, a public policy research think-tank based in Harare. He is a recipient of the British Chevening and Canon Collins Trust scholarship, Dewa holds a bachelor of law honors degree (LLB) from the University of Zimbabwe and a master of law degree in international human rights (LLM) for Essex University, United Kingdom.

2 comments on “JUST IN: Dewa Mavhinga Has Died”