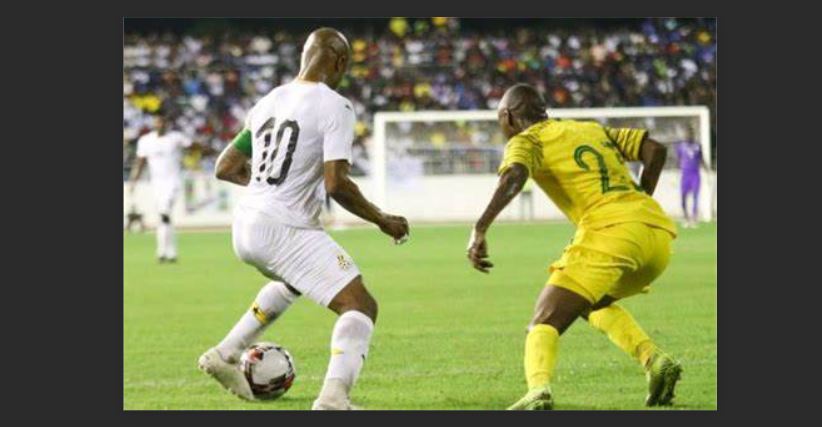 FIFA has dismissed a protest by the South African Football Association (SAFA) which was over a penalty awarded to Ghana in a 14 November World Cup qualifying match in which Bafana Bafana lost 1-0.

The heavily-disputed result saw Ghana progress to the next stage of the 2022 World Cup in Qatar by the narrowest of margins, level on 13 points and goal difference in Group G with SA but having scored more goals.

Meanwhile, SAFA is determined to pursue the matter. SAFA said on Friday evening:

Safa will consider its options after the world football governing body (FIFA) dismissed its protest after Bafana Bafana’s controversial 1-0 loss to the Black Stars of Ghana last month.

SAFA CEO advocate Tebogo Monthlante said once the association gets reasons for the outcome, it will sit down and weigh its options. Motlanthe was quoted as saying:

We have received the decision without details and we will request Fifa for the reasons and consider our options.

The website Ghanasoccernet.com quotes a FIFA statement as saying:

The protest lodged by SA has been declared inadmissible by the disciplinary committee as it did not meet the requirements foreseen under article 46 of the Fifa disciplinary code and article 14 of the Regulations of the Preliminary Competition of the FIFA World Cup 2022.

The decision is subject to appeal.

Safa had suspected that the away match in Cape Coast may have been fixed and asked Fifa to investigate the conduct of Senegalese referee Maguette Ndiaye, who awarded a match-winning penalty and also made numerous other questionable decisions that benefited the West Africans.

SAFA wanted the game to be replayed at a neutral venue and for action to be taken against Ndiaye and his colleagues, Samba Elhadji Malick (assistant one), Camara Djibril (assistant two) and Gueye Daouda (fourth referee).