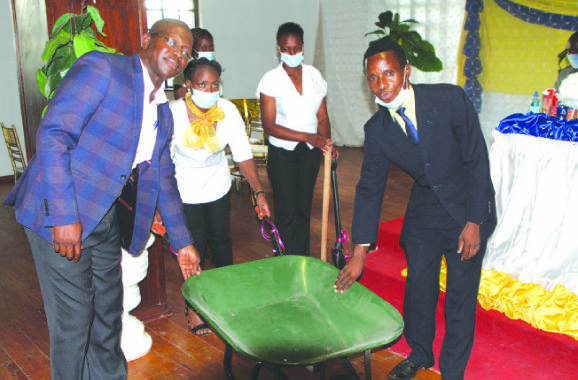 Chananda served in the police force for 26 years and a farewell ceremony was held for him by his colleagues in Vumba on Wednesday.

Speaker after speaker showered Chananda with praise for his dedication to duty as well as relentless efforts in the public relations office.

The force will definitely miss your dedication and enthusiasm. You represented the ZRP very well and should remain in touch with your former office to teach the youngsters how best to conduct business.

He was ever ready to work on any assignment and was always at the forefront of duties. I was glad to pass the baton stick to him as the provincial police spokesperson.

Chananda expressed his former workmates and friends for honouring him through the farewell party. He said:

I am exceedingly happy to be the centre of attraction at this memorable event. To me, this is not a farewell party as there is no way I can bid farewell to the Zimbabwe Republic Police as it is home to me, and home is where I belong.