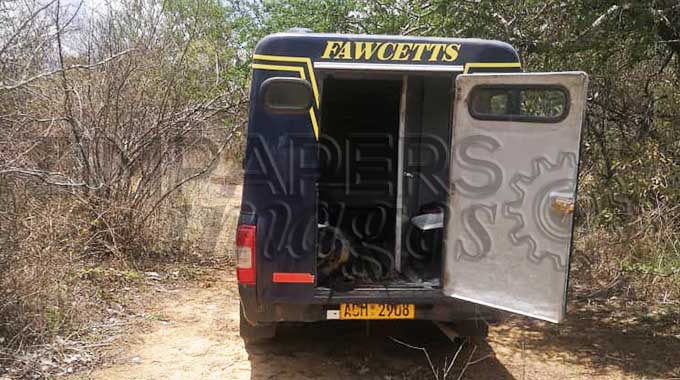 A Fawcett Security cash-in-transit team was robbed of US$334 290 by AK47-wielding robbers in Midlands Province on Thursday morning.

The robbers, who were wearing police uniforms, had mounted a bogus roadblock near Connemara along the Gweru-Kwekwe Highway.

The Herald reported police sources as saying the robbers stopped the cash-in-transit vehicle which was on its way from Bulawayo heading for Harare. Said the source:

After stopping the vehicle one of the robbers who was armed with an AK rifle introduced himself as a police sergeant before ordering the driver to disembark.

Two other robbers who were armed with pistols got into the vehicle and diverted it into a gravel road before stopping.

The more robbers also armed with assault rifles reportedly emerged and disarmed the Fawcett team members, tied their hands and covered their faces with cloths.

The robbers then broke open the back of the car and took US$334 290 cash before disappearing.

The ZRP reports an armed robbery case involving a cash-in-transit vehicle from Fawcett Security at 234km peg along Harare-Bulawayo Road at 0530 hours on 25/11/21.

Police are therefore investigating the circumstances in which US$334 290 (cash) and 2 pistols were stolen.