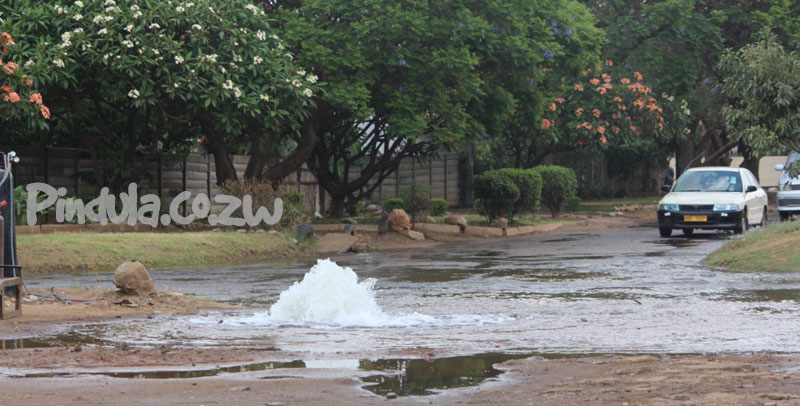 The City of Harare says financial constraints exacerbated by the non-payment of bills by residents is delaying the replacement of old water pipes with new ones as the water infrastructure can no longer support the increased human population.

This was revealed by City engineer Victor Shana who was addressing a breakfast meeting to discuss the water and sanitation situation in the capital.

The meeting was hosted by the Combined Harare Residents Association (CHRA), the Community Water Alliance of Zimbabwe (CWAZ), and the Human Rights Watch.

Statistics released by Shana show that Harare City Council has been managing to supply water to between 54% and 68% of ratepayers from January to October. Said, Shana:

Our water reticulation pipes have seen better days. The pipes we are using were designed for a population of 364 000, but now they are serving over 2.5 million people.

Replacement will be done in phases because council is not financially capable of replacing them all at once.

Residents are not paying bills and, therefore, council will not be able to raise enough revenue to replace old pipes and other infrastructure.

The local authority is also struggling to attend to water pipe bursts timeously due to shortages of transport. Shana said:

Harare City Council fails to attend to 50,4% of water pipe bursts due to lack of materials.

Around 32,9% of the bursts are unattended due to shortages of transport within the local authority.

Illegal mining and the hyacinth plant is affecting the capacity of the council’s raw water supply facilities.

Incessant power cuts due to load shedding are affecting the local authority’s potential to avail water.