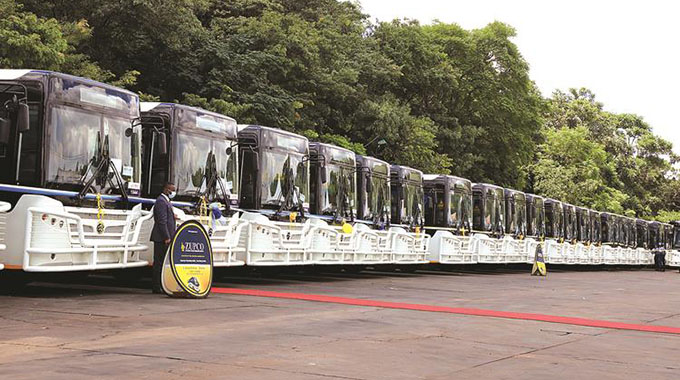 The Zimbabwe United Passenger Company (ZUPCO) says it has created more than 7 000 jobs since the beginning of its revival programme in January 2019.

The Government commenced the ZUPCO revival after kombi operators withdrew their vehicles in protest over a 150% fuel price hike.

Commuter omnibus operators have been accused of causing chaos in urban areas by their unruly behaviour and also their tendency to wantonly hike fares could have forced the Government to act.

Since 2019, ZUPCO has recruited more drivers and conductors as it increases its fleet through purchasing more buses from China and Belarus as well as by adopting independent transporters.

ZUPCO acting chief executive officer Mr Everisto Madangwa told The Sunday Mail that the transporter now boasts a staff compliment of 7 512, up from just 366 in January 2019.

According to records, conductors, at 65 per cent, make up the largest number of employees followed by cashiers 12 per cent, inspectors 10 per cent, drivers 6 per cent, management 5 per cent and workshop manpower 2 per cent. Said Madangwa:

These are big numbers considering that it took us less than three years to get to this figure.

This is also in line with our own revival strategy as well as the National Development Strategy (NDS1).

For us as a country to achieve Vision 2030, we need a sustainable passenger transport system and this milestone shows that we are in the right direction.

100 more buses were reportedly offloaded in Durban, South Africa recently and were on their way to Harare.