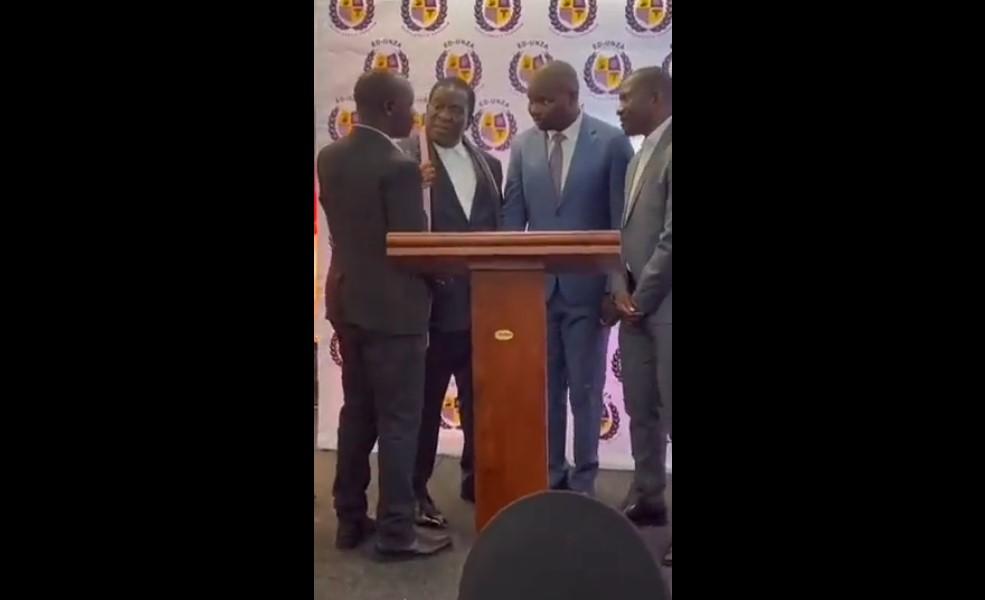 President Emmerson Mnangagwa had to be helped by his aides to move from his seat to the podium by two aides during a fundraising dinner at State House on Saturday night.

A video of Mnangagwa being steadied by two of his aides as he walked feebly to the podium has been circulating on social media platforms.

Mnangagwa appears to be struggling to walk steadily and needs the help of two of his aides on either side of his hands.

They then walk him all the way to the podium and the video, which is 30 seconds long, ends abruptly.

The video prompted speculation the President may have turned up for the event in a drunken stupor.

According to NewZimbabwe.com, officials from Mnangagwa’s office claimed he had suffered extreme exhaustion after addressing successive events across the country in a few days.

The dinner was held to raise funds for students set to resume studies at the University of Zambia under his presidential scholarship.

Mnangagwa has over the past week addressed a rally in Beitbridge, a graduation ceremony at the National University of Science and Technology, among other events.