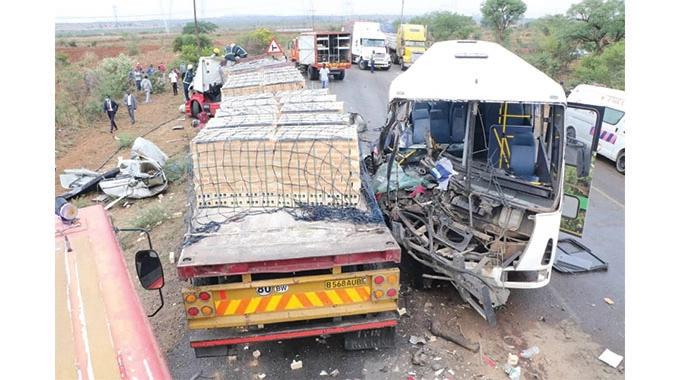 Nyaradzo Funeral Services have expressed sorrow following the death of at least two people when a bus belonging to the company was involved in a head-on collision with a haulage truck near Mahatshula in Bulawayo on Friday.

In a statement confirming the development, Nyaradzo said the bus was carrying mourners who were coming from a funeral when the accident occurred. Read the statement:

It is with deep regret and profound sadness that we have learnt of a tragic accident in which our services bus en route from a funeral with mourners collided with a haulage truck, approximately 20km outside Bulawayo, on the Harare-Bulawayo Road. Sadly, this has resulted in the loss of precious lives and injuries.

We are deeply saddened by this terribly tragic event and stand with the grieving families in this very dark moment and we wish the injured full recovery and complete healing.

Reports suggest the driver of the truck and a woman in the bus died on the spot, while a number of passengers suffered injuries.

The driver of the bus reportedly escaped death but his legs were broken.