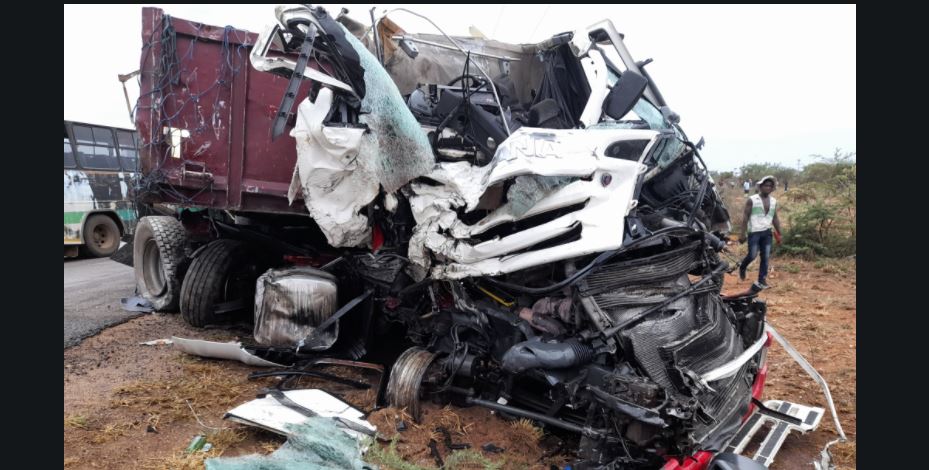 At least two people have died in a head-on collision between a Nyaradzo Funeral Services bus and a haulage truck near Mahatshula in Bulawayo.

The driver of the truck and a woman in the bus died on the spot, while a number of passengers suffered injuries.

The driver of the bus escaped death but his legs were broken.

ZimLive reports that over a dozen people have been taken to hospital after sustaining injuries. Watch video footage from the scene.

The accident blocked both lanes on the busy Harare-Bulawayo highway.

A witness said the  Nyaradzo bus driver was overtaking and then slammed into the haulage truck that was carrying bricks.

Below are pictures from the scene of the crash. 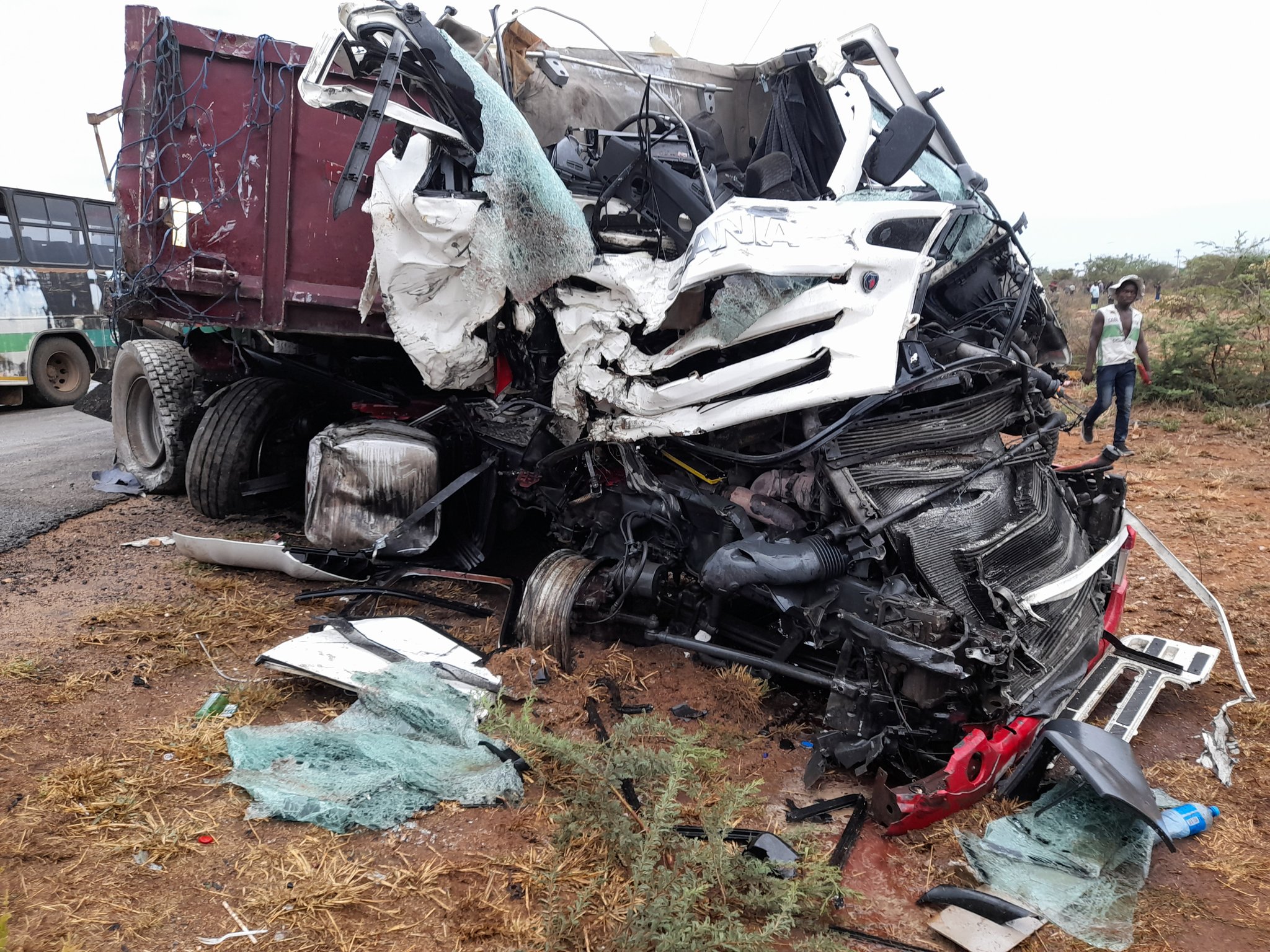 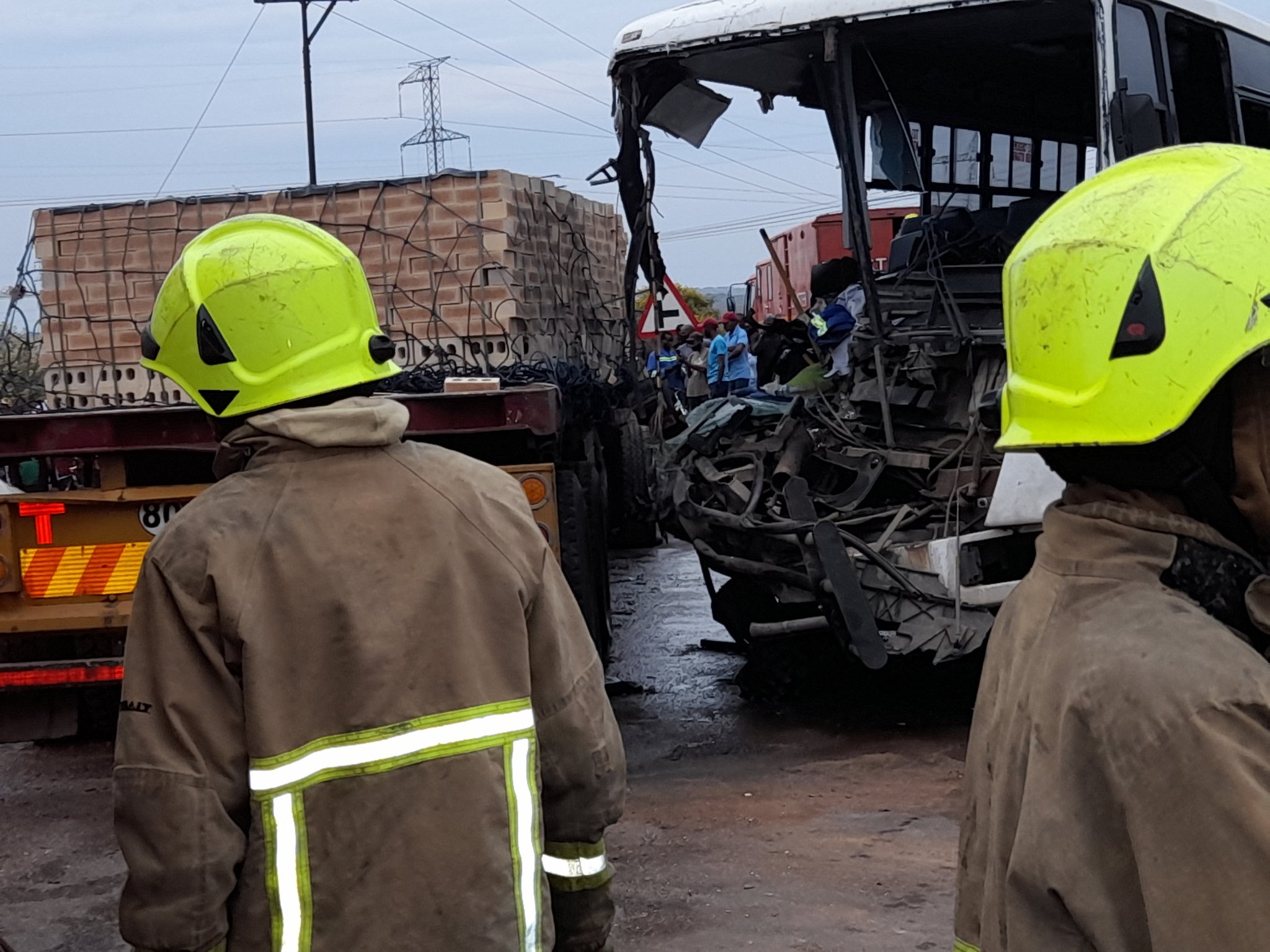 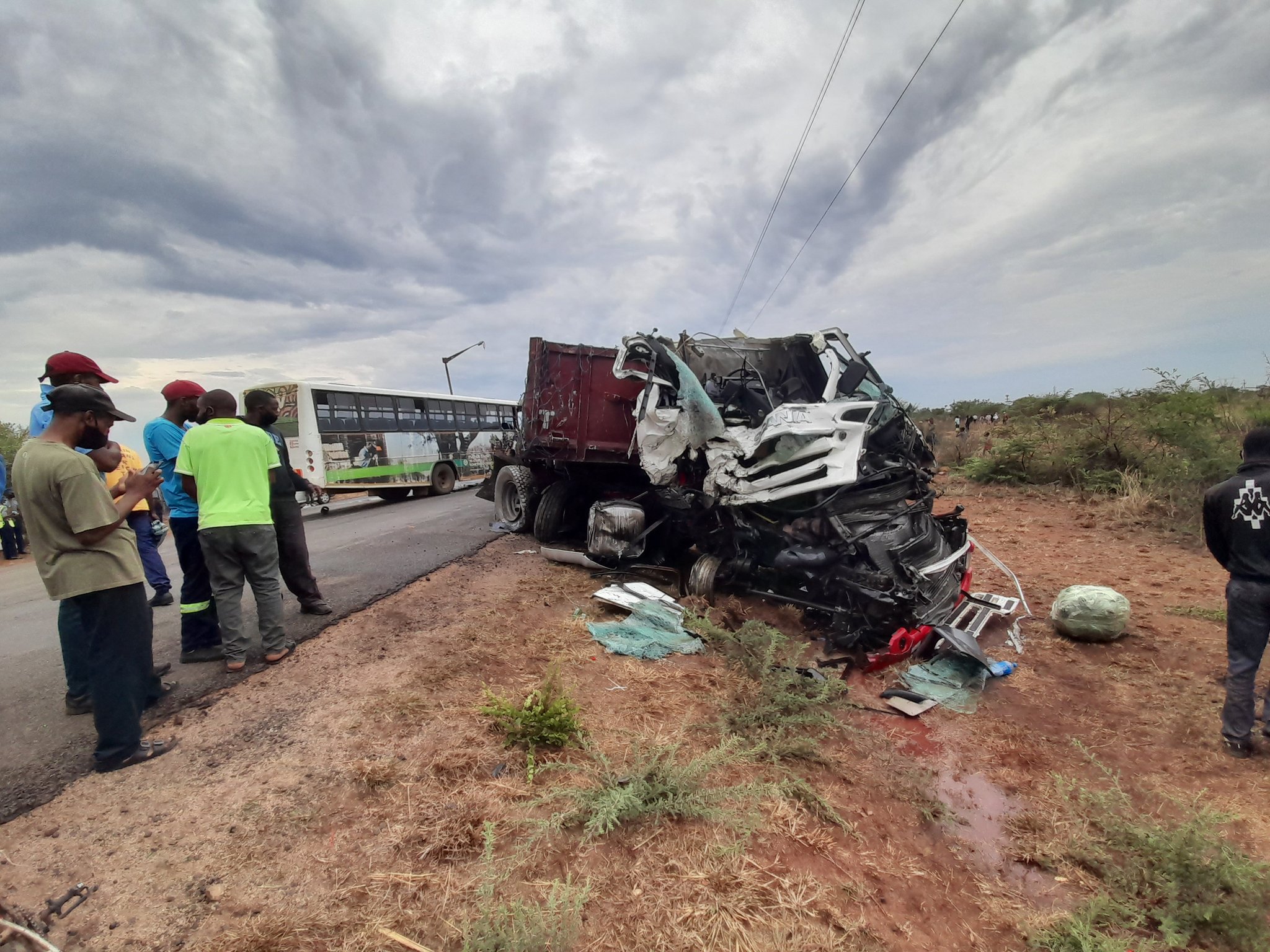