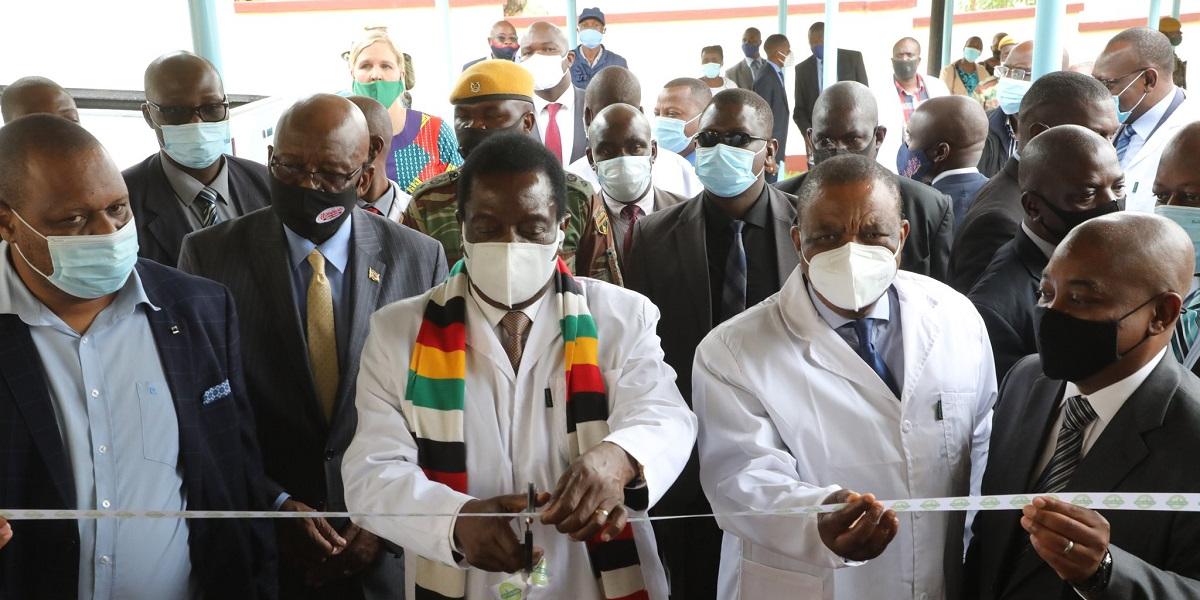 Four of the 28 government staff houses commissioned by President Emmerson Mnangagwa in Beitbridge on Wednesday suffered roof damage during a storm just hours after the official ceremony.

Strong winds blew zinc roofing sheets from a nearby house onto the four properties, causing damage to the asbestos roofing.

The incident took place at around 3 PM after Mnangagwa had left for a ZANU PF rally at Dulivhadzimo Stadium.

Zinc roofing sheets from the neighbour’s house, identified only as Ndou, could be seen lying near the new houses commissioned by Mnangagwa just a few hours earlier.

The roof was partially blown off during a storm and our property was soaked.

We picked some of the roofing sheets at those new houses and we’re just waiting for the owner of the house.

She said no one was injured.

President Mnangagwa commissioned the 28 new houses which are part of 52 built so far to accommodate government workers in the border town – Zimbabwe’s gateway to South Africa.