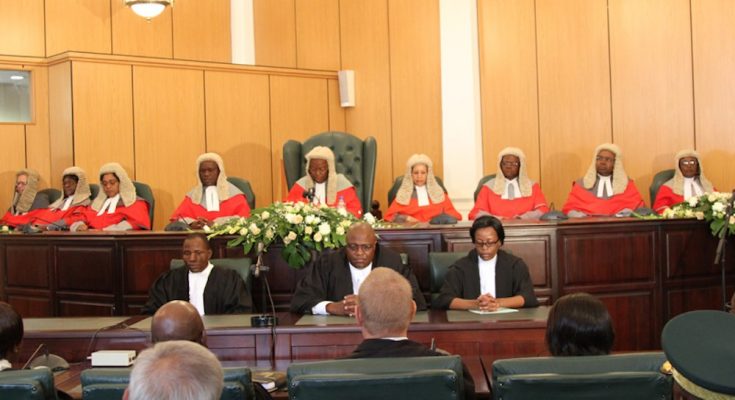 UK-based renowned Zimbabwean constitutional law expert and political analyst Alex Magaisa has identified several barriers which he calls “big fights” which the opposition has to contend with to win elections in Zimbabwe.

Habituation: when people become accustomed to poor governance, hardship & mediocrity they end up thinking it’s normal. Some don’t know it’s abnormal because that’s all they know. When people habituate, they become placid. You can’t fight what you’re used to.

Fatigue: when people have voted in past elections & their voices were thwarted, they might believe their votes won’t make a difference. They become apathetic. You have to give them a reason to believe that it will make a difference; that they mustn’t give up.

Fear: when elections have been a life and death affair; relatives & friends killed or maimed during campaigns, fear becomes a part of their lives. It controls them. The regime just sends reminders. You must give people the reason & motivation to overcome fear.

Bribery: towards elections politicians suddenly develop the urge for generosity. It’s bribery. Advise people to cheerfully accept these handouts & chow them. But remind them that in the polling booth, their vote is their secret. Take the gifts but vote wisely.

Propaganda: it comes naturally to the regime though it has become clumsier. There will be more in future. You have to debunk propaganda. Social media has changed the game a lot. But remember the regime’s audience is rural so countermeasures must get there.

Biased referee: it’s no secret that ZEC, the referee is weak, compromised & biased. But biased referees are not new in contests. Teams have won contests despite bias. You must develop countermeasures. Have credible, resolute & bribe-resistant polling agents.

Traditional leaders: in rural areas headmen are known to organise poor villagers into voting lines, to say Jane votes after John & sometimes to be assisted. It’s important to convince these folks that they can still make their choices in secret.

8. Some will say you left out the military. The military is made up of people: elites & ordinary. Only a few elites are comfortable but some can’t even pay school fees for their kids at their preferred schools. Ordinary soldiers are dirt poor & suffering just like everyone else.

9. In any event, the 6 big fights are things that are within people’s control. The golden rule is to focus on what’s within your control. Fight habituation, fatigue and apathy, fear, propaganda. Find ways to deal with bribery & how to overcome a biased political referee.