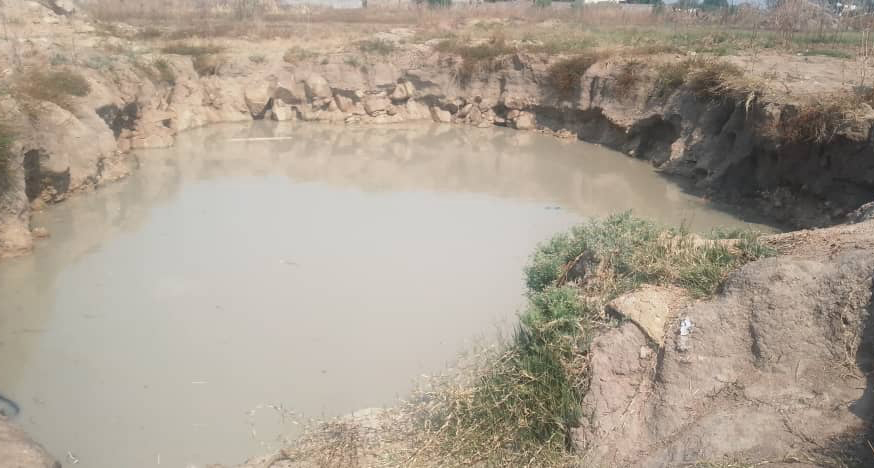 In a tragic incident, two schoolboys drowned in Bulawayo’s Cowdray Park suburb on Wednesday while swimming in a pit originally dug for an underground fuel tank but left open for years.

Reports suggest that the accident took place at the site of a long-mooted plan to build a petrol station by ZANU PF secretary for administration Obert Mpofu.

Two fuel tanks were delivered, but they were never lowered into the ground and the pits have grown in size over time due to natural processes.

The bodies of the two boys, whose ages could not be ascertained, were retrieved by a local resident after firefighters and police who attended the scene baulked.

Angry residents blamed Bulawayo City Council and the Environmental Management Agency for the tragedy after they failed to reclaim the land over many years. Said an angry resident:

The Bulawayo City Council and the Environmental Management Agency turned a blind eye to the open pits which have been there for a few years now. It’s clear negligence by the people who dug the pits, the local authority and EMA.