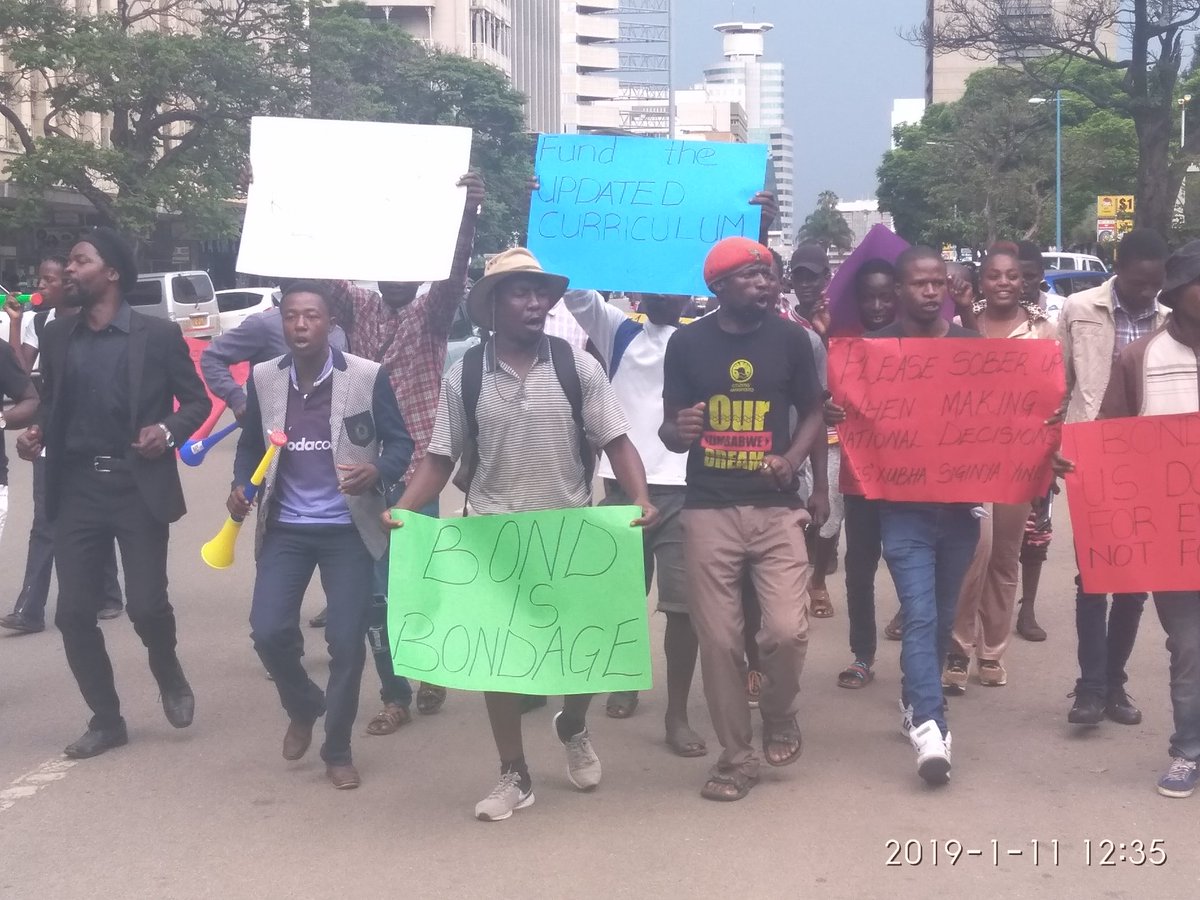 Statement by the Amalgamated Rural Teachers Union of Zimbabwe (ARTUZ) in response to indications that the Government will pay civil servants’ bonuses in foreign currency.

The Amalgamated Rural Teachers Union of Zimbabwe (ARTUZ) takes note of the recent memo on the 3rd of November 2021 by finance secretary Mr Guvamatanga to the Public Service Commission in which indications were made that the 2021 bonus will be paid in United States Dollars, USD.

Whilst this is a welcome move as it temporarily alleviates workers from the dire situation they are in, we are appalled. that the bonuses are not capped at the original value of our salaries of pre-October 2018.

We also are strongly urging the government that any attempts to pay the bonuses at interbank rate will be resisted and the payment should be in USD across the board.

The payment of bonuses in USD vindicates the Union’s long-held position that the government of Zimbabwe has the capacity to pay its workers in USD but only lacks commitment.

We however take note that this victory could not have been possible had it not been out of consistent agitation by different groups of society including war veterans who recently staged protests in calling the government in addressing their welfare issues and that of the broader working class.

We are encouraged by their actions for they are testimony that they are still some out there who still hold sacred the values and ethos of the liberation struggle.

Further, we are aware of the machinations of some yellow unions who are celebrating this victory and playing public relations for the government as if it’s a product of their fighting when instead we know that true to their collaborationist fashion the government leaked this information to them prior to the announcement.

We remain hopeful that they in future will repent and give power to truth in the service of their members and the general working class.

We urge workers to continuously fight for their welfare concerns and labour justice and never outsource that responsibility to anyone.

As ARTUZ guided by our last NEC resolutions we are going to be withdrawing our labour starting from the 15the of November 2021 ending on 27 November.

This industrial action is informed by our consistent calls for the payment of our pre-October 2018 salaries and having separate contracts for invigilation that shall see us being paid in USD.

If the government does not immediately address our concerns our industrial action will continue until there is a resolution to the current crisis we find ourselves in.

We urge all educators and the broader working class to join us in this fight. We should not allow this current gimmick by the government to bribe us into pacification.