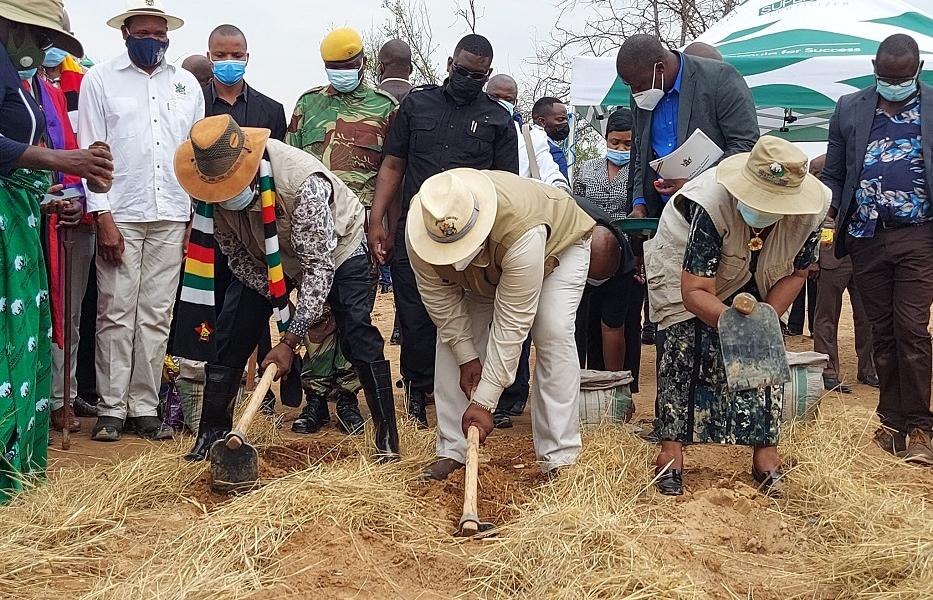 Chiwenga said this while addressing villagers, seed houses and fertiliser manufacturers attending the official launch of the 2021 Pfumvudza/Intwasa at Nenyunka Primary School in Gokwe-Kabuyuni constituency, Gokwe North. He said:

At the just-ended National People’s Conference in Bindura, the ruling party resoundingly endorsed President Mnangagwa as the sole candidate for the 2023 harmonised elections.

No other thought or candidate will be entertained as that is the party position.

Everyone everywhere is aware that President Mnangagwa is the sole presidential candidate for 2023.

He is the only one we all stand with. So don’t dream of other things.

He also took the time to explain to the villagers the importance of the Pfumvudza programme and what it seeks to achieve. He said:

It will improve agriculture production and reduce soil erosion. The programme is characterised by higher yields in low areas and this is important as agriculture plays a critical role as a mainstay of the economy.

This programme targets smallholder farmers who are vulnerable so that no one and no place is left behind in terms of development.