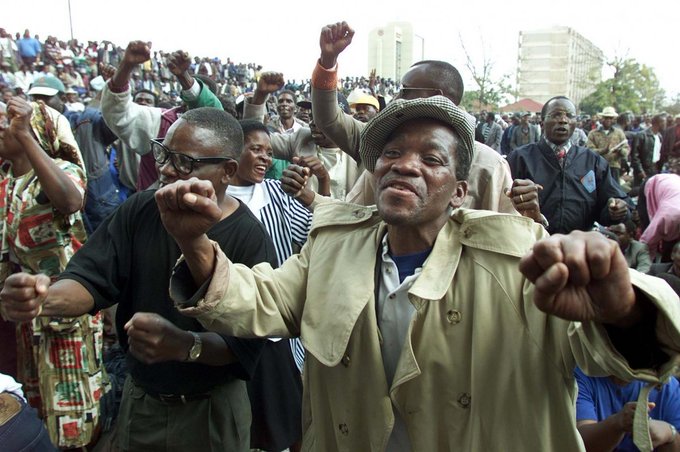 The move is widely seen as aimed at appeasing the veterans of the 1970s liberation war after they recently demonstrated against their measly allowances.

Some of them were arrested and arraigned before the courts after picketing at Finance minister Mthuli Ncube’s offices two weeks ago demanding an upward review.

Muchinguri-Kashiri, who was addressing the military top brass at a 2022 strategic planning workshop in Kariba, said:

Already, a commitment has been made by Treasury to pay war veterans bonuses this year, a part of which is likely to be in foreign currency. Measures are also being taken to further improve benefits of the veterans.

The ministry also has obligations to administer the welfare services of veterans of the liberation struggle. And as we plan for 2022 and beyond, it is critical for us not to leave them behind. They are an important constituent of our society by virtue of the sacrifices towards Mother Zimbabwe from the jaws of colonial bondage.

She said war veterans’ welfare issues remain the government’s priority adding: “In this regard, it’s noteworthy that the ministry, to date, has managed to institute a Veterans of the Liberation Struggle Board, which was launched by His Excellency the President (Emmerson Mnangagwa).”

This is happening when other government employees are demanding salary increments.