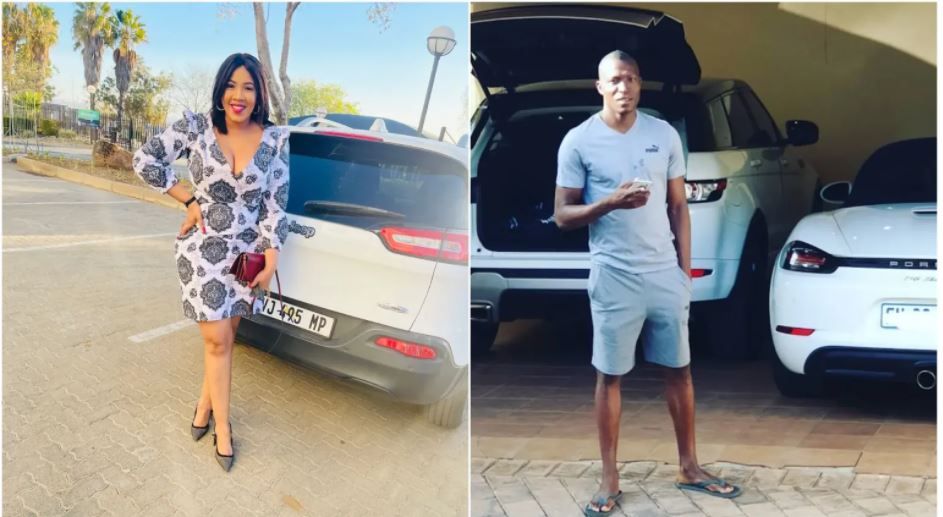 Tendai Ndoro’s former wife, Thando Maseko, has said she is not the woman who kicked him out of their home and took possession of all the couple’s vehicles. Ndoro is reported to have registered all the couple’s properties in his wife’s name.

A weekly publication identified Thando Maseko as Ndoro’s South African wife but Maseko reached out to iHarare and denied being the woman at the centre of Ndoro’s woes.

She stated that her marriage to the footballer ended in 2018 and that she never stayed at the palatial Kyalami Estates, from which Tendai Ndoro was recently kicked out.

She revealed that before their marriage collapsed in 2018, the couple stayed at a rented house in Boksburg and Ndoro was not the owner of the property. Thando furnished iHarare with documents to back what she is saying. Said Thando:

I just wanted to clear the air. On the issue that was posted about me, This lady in the picture is not me. People are mistaking me for the lady Tendai was dating after our marriage ended in 2018.

I’ve not seen Tendai since then, and I’ve never lived in Kyalami. When I was staying with him, we were in a rented house in Boksburg, and he didn’t own that property.

Maseko added that she only started seeing the footballer driving luxurious cars after her marriage had collapsed when he began seeing someone else.

After the marriage ended, Thando was evicted from the rented Boksburg house, as Ndoro had stopped paying rentals.

Thando Maseko reiterated that she is not looking to spoil her ex-husband’s name. She feels that he is going through a lot and does not want to add to his woes. She said she is only looking to clear her name and to do right by her family.