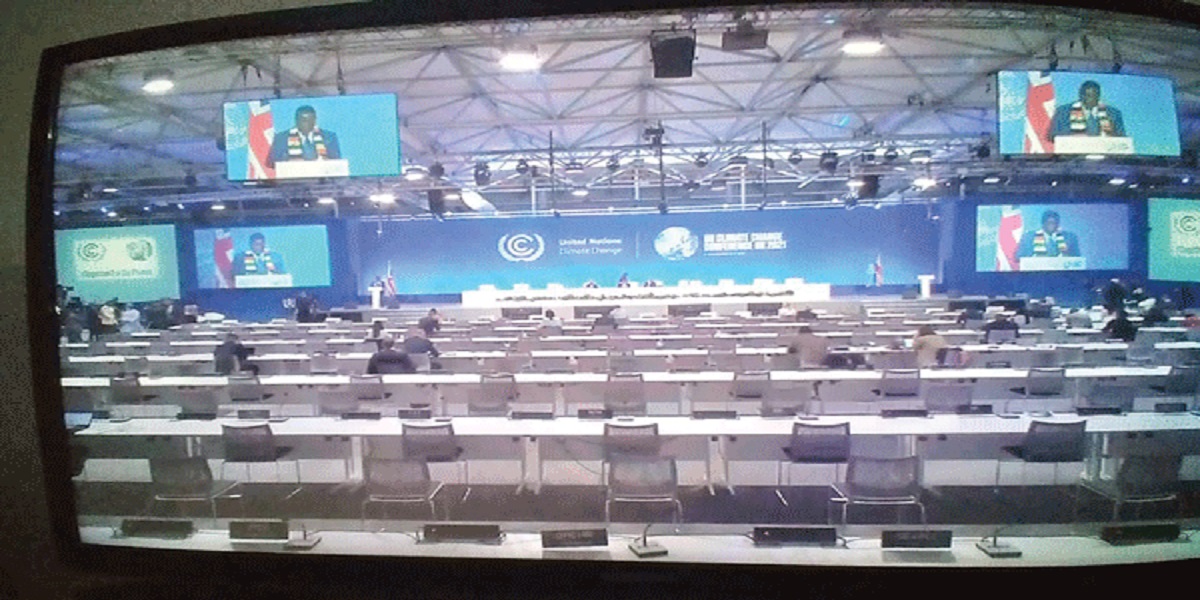 Mnangagwa made his address before empty seats, as did all the leaders who delivered their addresses during the 9 am to 1 pm slot.

Over 120 heads of State and 25 000 delegates are attending the summit.

This is not the first time Mnangagwa has addressed an empty auditorium. In September 2019, he addressed a near-empty 1 800-seater auditorium at the 74th United Nations (UN), General Assembly, in New York.

It is not customary that State Presidents would address packed auditoriums as many leaders would be following proceedings from other venues or attending other ongoing events elsewhere.

In his address yesterday, Mnangagwa said Zimbabwe was battling the effects of climate change which had resulted in severe droughts and cyclone-induced floods. He said:

It is most unfortunate that the impact of climate change is disproportionately borne by vulnerable communities that have contributed the least to the current stock of atmospheric carbon.

Vulnerable countries must, therefore, be capacitated to mitigate, adapt and build resilience to climate change. The expectation is that the major emitters will scale up mitigation action and show greater interest in adaptation.

Mnangagwa repeated the call for the lifting of sanctions.

While some social media users said Mnangagwa did not deserve an audience at the climate change summit since his government was contributing to environmental hazards, Presidential spokesperson George Charamba, said there was nothing off about the empty auditorium during Mnangagwa’s address. He said:

Absolute confusion in terms (of) who the audience for UN summits are.

The unschooled think the audience is in the immediate auditorium of delivery. Quite sad, embarrassing in fact!!!!

As Mnangagwa was addressing, scores of United Kingdom-based Zimbabweans were protesting outside the conference room, denouncing him over the country’s bad human rights record.

Others applauded him for his re-engagement efforts in the face of adversity.