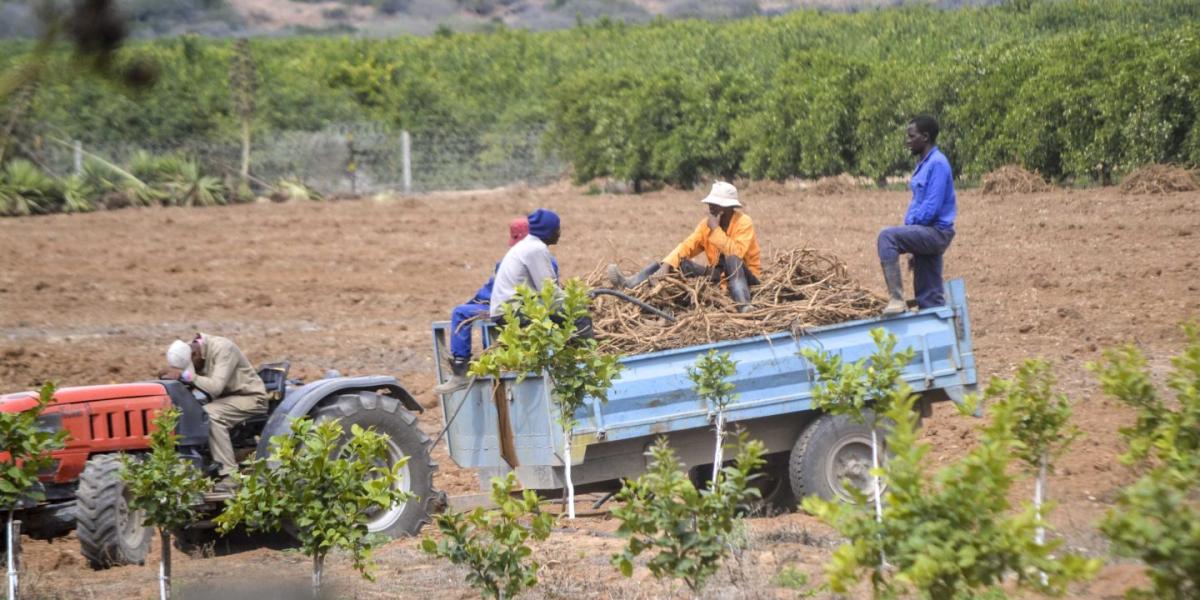 23 September 2021: A group of immigrant workers happily speaking in Shona language are busy working on a farm outside Kirkwood town. Kirkwood is one of the largest producers of citrus in South Africa and it exports to many countries around the world.

Zimbabweans living in the Sundays River Valley area, Eastern Cape, South Africa are living in fear of being deported amid tensions with locals who accuse them of taking away their jobs and contributing to poor service delivery.

Chipo Munetsi (39), of Moses Mabhida township in Kirkwood, said she is battling to cope with running her hair salon, which is based in a shipping container after her husband was deported to Zimbabwe by South African authorities in September this year.

The Department of Home Affairs, with its health and labour counterparts, held an operation in the Sundays River Valley area in September.

Munetsi’s husband Simon was among the 71 migrants without documentation who were arrested during the raids in Addo, Kirkwood and Paterson.

While some South Africans blame migrants for the high levels of unemployment and poor municipal services, Munetsi said there are several migrants who are creating jobs for local people.

She herself employs two South African women – one as a domestic worker and the other as an assistant in the salon. She said:

This is after Simon had made several trips in 2019 to the refugee reception office in Gqeberha in a quest to renew his asylum documents that had expired.

He eventually gave up after he continuously found the system not working. He was then told that he had to pay R2 000 as a fine for defaulting.

Munetsi, who has a valid asylum seeker’s permit, says since the blitz many migrants are living in fear of some South Africans, who call them derogatory names.

She also blames some political parties for stoking the flames with election campaigns exploiting xenophobia.

Most of the migrants who were deported are from Zimbabwe and Lesotho.

But residents say migrants who have wanted to get an asylum seeker’s permit have failed to do so because the home affairs office in Gqeberha has been closed since the COVID-19 hard lockdown started in March 2020.

Martin Denhere, whose brother was one of those arrested in Kirkwood, says migrants without documents were “hunted like wild animals”. He said:

Undocumented immigrants were accosted at shops and some were rounded up from their workplaces. There was no respect for human life.

People were bundled and dumped at the local police station. They were not allowed to get food from outside.

They were only allowed to collect their belongings when they were being deported after they had spent days in police cells.

People are living in fear because there is no indication when the refugee offices in Gqeberha will open.

The Zimbabwe Migrants Support Network says home affairs is to blame for causing tension in the area by arresting migrants without valid documents while refugee reception offices are closed.