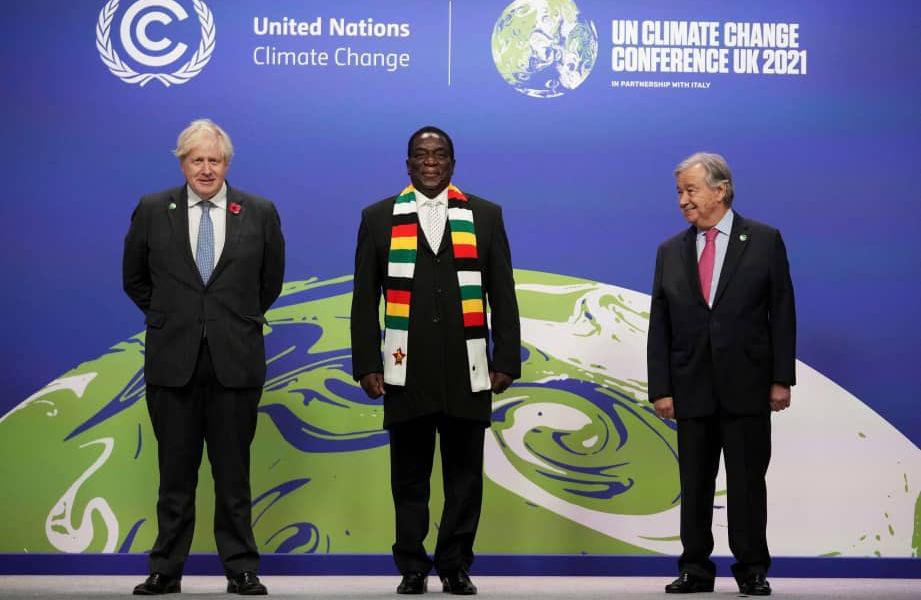 President Emmerson Mnangagwa has said his re-engagement efforts are now bearing fruit after he was welcomed to the COP26 Summit by UK Prime Minister Boris Johnson and United Nations Secretary-General Antonio Guterres.

Mnangagwa’s visit to Glasgow was the first visit to the UK by a Zimbabwe head of state in 25 years after Britain, other Western countries and the US imposed sanctions on the country over alleged human rights abuses and failure to make political and economic reforms.

In a tweet on Monday afternoon, Mnangagwa expressed gratitude to Johnson and Guterres for the gesture. He wrote:

Thank you to PM @BorisJohnson and @antonioguterres for welcoming me to #COP26.

As the first President of Zimbabwe to visit the United Kingdom in a quarter of a century, it is clear that re-engagement is working!

Meanwhile, ZANU PF supporters in the UK brought trolleys of high-end whisky to Glasgow, Scotland, on Sunday as they celebrated Mnangagwa’s arrival for the global climate summit.

Mnangagwa flew to Scotland on Sunday for the COP26 Summit on a private jet hired from Azerbaijan, a former Soviet Republic.

The luxuriously fitted Airbus A319-115 (CJ) costs an average of US$415,000 to hire for a one-way trip from Harare to Glasgow, the Scottish capital.

The estimate suggests Mnangagwa is spending close to USS$1 million on travel alone.