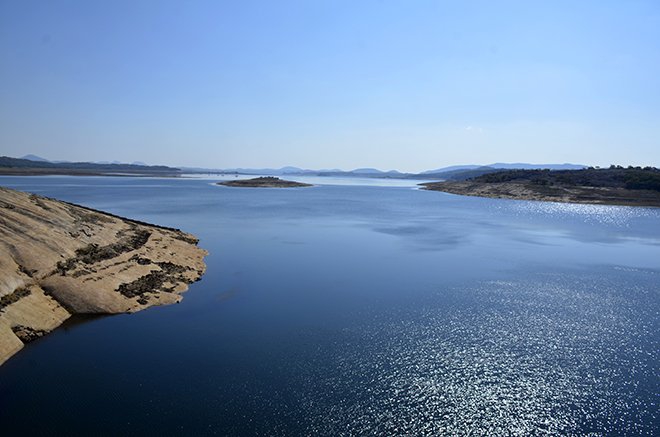 The Zimbabwe National Water Authority (ZINWA) is draining water from Lake Mutirikwi in Masvingo to create room for anticipated inflows in the coming rainy season as the water body is still almost full.

Lake Mutirikwi, which is the second-largest inland water body in the country, is still 93 per cent full from last year’s inflows.

Masvingo ZINWA river inspector Tungamirai Chireshe said currently they are releasing 10 000 litres per second and are planning on doubling the amount to bring the water down to around 80 per cent to also ensure the safety of the dam structure. Said Chireshe:

According to the weather forecast, we are expecting more rains and it is not recommended to fill the dam with the first rains just imagine you have the season up to March with the dam spilling.

At this time of the year, the demand downstream is high so we are taking that as an advantage, we have Bangala which is around 20 per cent full.

We would rather have water down there to create room for incoming rains.

… Our wish was maybe if we get to 80 per cent and it would be safe for the structure.

He said they were also in constant contact with the people downstream to ensure their safety when they are releasing water.

The lake last reached full capacity in January 2005 and last season it reached 98 per cent.