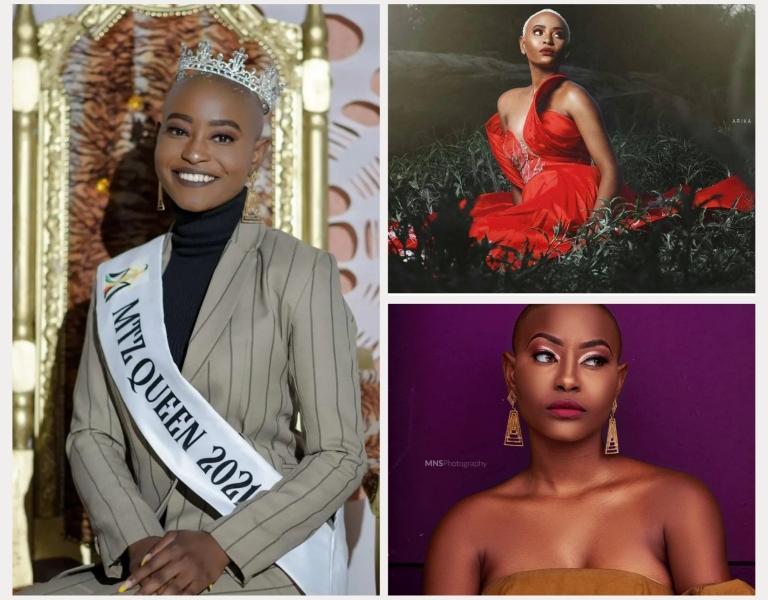 Mandiudza was crowned MTZ 2021 on Tuesday 19 October, and as the reigning queen, she was meant to represent Zimbabwe at a global pageant on 15 December.

However, two days later, Mandiudza’s reign came to an end though no one has publicised the nude pictures as yet. In her resignation letter, Mandiudza said:

It is with humility and regrets that I step down and cede my reign as Miss Tourism Zimbabwe 2021. The past two days have been both a win and a lesson for me.

I thank you for the honour that had been bestowed upon me but I am stepping down because of bad publicity that I feel will further hinder both the MYZ brand and mine, therefore I apologise to the organisers and Zimbabwe at large, for the inconvenience caused.

As I step down, I will continue focusing on my studies as a marketing management student and my modelling career.

But a few days after she was dethroned, Mandiudza made a U-turn, with her manager Godwill “G-Factor” Tasunga saying there were no nude pictures in the first place. He said:

We would like to nullify the false nude picture allegations because there are no nude pictures of Miss Chipo Mandiudza.

Miss Chipo Mandiudza was cornered and manipulated into writing a resignation letter, a protective stunt to the license.

Tasunga accused the MTZ organisers of failing to protect Mandiudza who was subject to intense cyber scrutiny and criticism after her triumph. Said Tasunga:

… the MTZ board should be called out for its failure to support and protect a poor young woman from the poor heartland of Zimbabwe’s second city.

They have given nothing for all her efforts. No prize money, no emotional support beyond fake assurances of support yet no public support.

If anything, they have joined the bandwagon of misogynists, sexual predators, tribalists and judgmental armchair critics who all have no clue how rough and tough the world of beauty pageants really is.

Tasunga further stated that Mandiudza was coerced into writing the letter by pageant organisers.

He said the organisers panicked from the public scrutiny over their selection of a winner in unclear circumstances, and decided to use her as a scapegoat and strip her of her title.

Meanwhile, MTZ chairperson Sibusisiwe Dube said she had initially been against Mandiudza’s decision to step down but had eventually agreed as it was her personal choice.