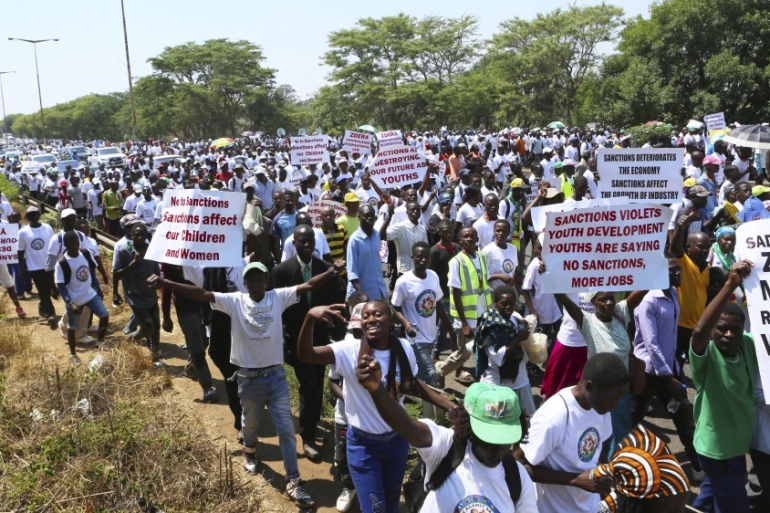 Matabeleland-based activists say the ZANU PF-led government deserves to be placed under targeted sanctions for the continuous violation of human rights in the country for the past 40 years.

Their remarks come two days after the country commemorated the SADC anti-sanctions solidarity day on Monday, and at the same time, a United Nations (UN) special rapporteur Alena Douhan was on a 10-day visit to the country to assess the impact of sanctions.

The sanctions imposed on the few selected ZANU PF leaders and State-linked companies should be maintained. They are so selfish and oppressive.

When leaders oppress their own people, it becomes a big challenge. It is not the country that is under sanctions; it is actually citizens that are under sanctions because of the ruthless government.

Actually, the UN envoy must also look at the 1980s Gukurahundi period in order to understand that citizens in this country have been placed under sanctions by the ZANU PF government, which butchered civilians in Matabeleland and Midlands provinces during the 1980s.

Busani Moyo, a human rights activist, argued that those who are supposedly under targeted sanctions are living in luxury. He said:

These people are getting richer and richer but they still cry over sanctions. Their children learn at international schools, while ours are suffering in this country.

However, the ZANU PF-led government blames sanctions for the collapse of the country’s economy, infrastructure and public health system.