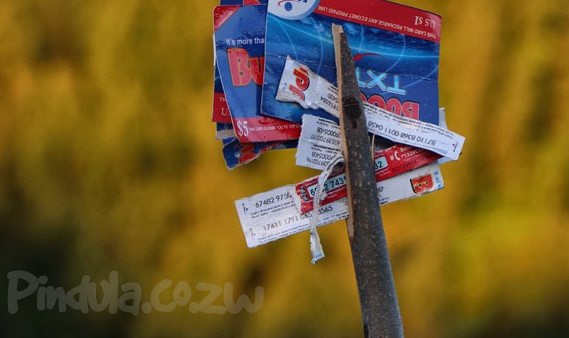 Airtime vendors have lamented a proposal by the Reserve Bank of Zimbabwe (RBZ)’s Financial Intelligence Unit (FIU) to phase out physical bulk airtime recharge sales and put a cap on individual electronic purchases.

In a circular sent to mobile network operators dated 22 October 2021, FIU said the move is meant to curb the rampant abuse of the platforms by illicit currency speculators.

FIU stated that going forward, airtime dealers and individuals will have to use electronic recharging as physical airtime sales are being reduced to 20 per cent and below.

The decision has sparked an outcry from bulk recharge voucher dealers and vendors who feel the proposal will cripple their business.

Airtime dealers who spoke to Chronicle in Bulawayo on Wednesday said the measures will cripple their business and affect many families who depend on the trade. Tinashe Samuel, who operates in the city centre, said:

Other business ventures are already saturated to the extent that if I start selling things like groceries, I will not get anything. Lots of jobless youths will be affected.

A shop attendant at one of the airtime wholesalers who requested anonymity said:

If the Government goes ahead to ban airtime selling, then I will lose my job as I am employed here full time.

Another vendor, Tapiwa Moyo, said that the Government was targeting “small fish” and leaving out big dealers who are involved in full scale illegal foreign currency trading and money laundering. Said Moyo:

Even if we sell airtime in forex, we don’t get much from that business.

There are major players like forex dealers who spend the whole day in the streets holding bundles of money but nothing is done to them. Why are we being targeted?

He said the banning of airtime vouchers will affect many families especially the elderly people in rural areas where network connectivity is poor and some are not familiar with how to buy airtime using mobile money.

In its circular to the country’s three telecommunications MNOs, Econet, Telecel and the State-owned NetOne, FIU said: