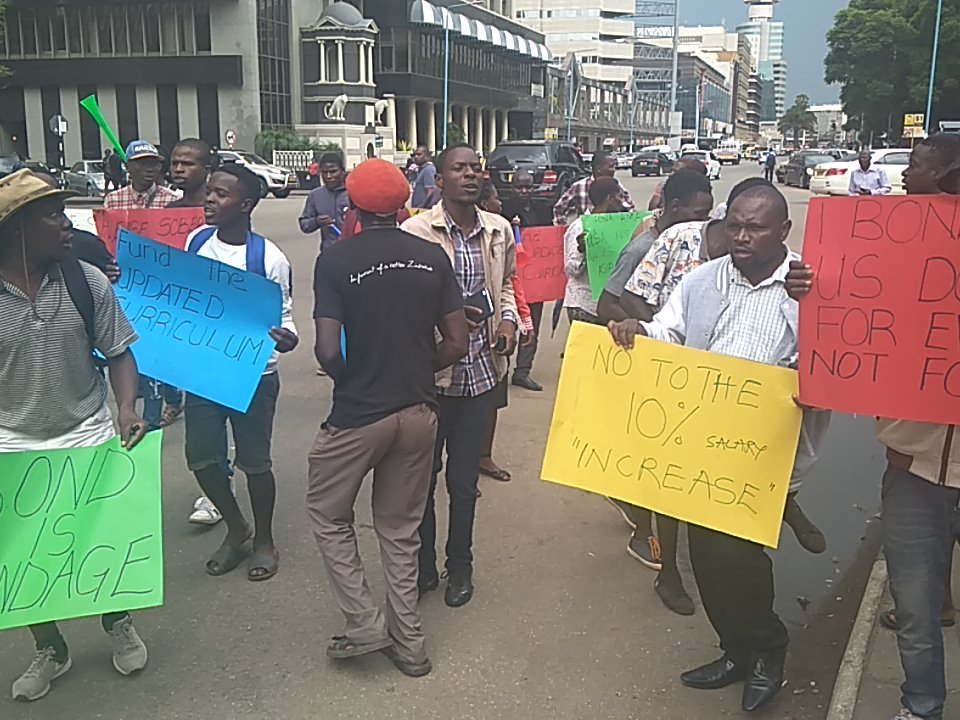 
They said the protests were targeted at Finance Minister Mthuli Ncube, whom they accused of slashing their salaries from US$540 in 2018 to US$100 as he implemented his unpopular fiscal policy measures in 2018.

Their protest yesterday ran under the hashtag #EndSalarySanctions.

In a series of tweets, Artuz said the salaries that teachers were getting were inadequate for their self-sustenance. ARTUZ tweeted:


This teacher takes home a salary of ZW$16 308, which is an equivalent of around US$82. The teacher cannot afford 2 100 calories of food per day for each member of a family of five. They earn below the food poverty line. They are malnourished. These are sanctions imposed on us by the government #EndSalarySanctions. 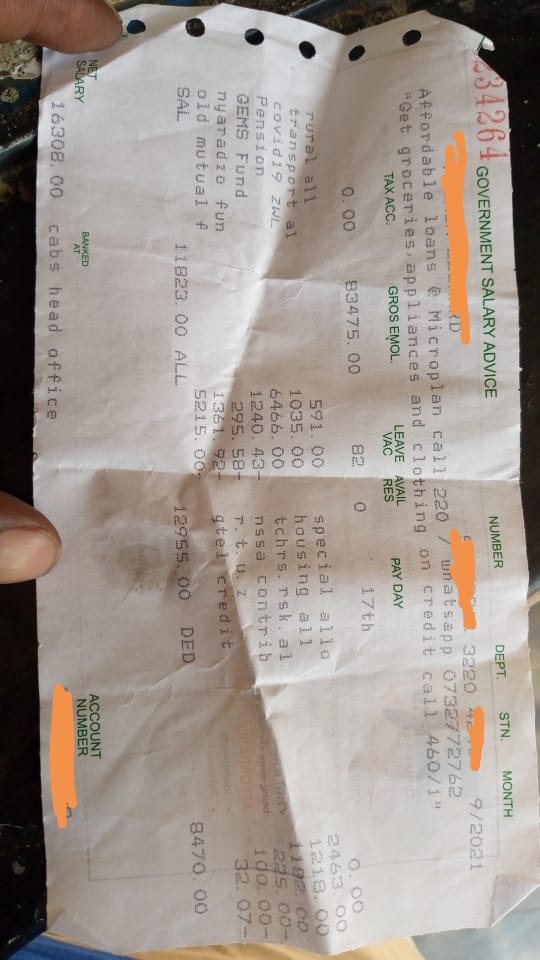 This is the reason why we are calling on citizens to help us implore @MthuliNcube to end #EndSalarySanctions.

Teachers keep on piling pressure on @MthuliNcube to end salary sanctions. The government should not punish civil servants who are working round the clock to keep this nation ticking. The sanctions list is long.

Progressive Teachers Union of Zimbabwe (PTUZ) President Takavafira Zhou said while there are external sanctions, there are “internal sanctions characterised by cartelism, underpayment of workers and a shocking contrast between richness and poverty,”


Zimbabwe Congress of Trade Unions (ZCTU) secretary-general Japhet Moyo said as a union, they had been campaigning against wage theft over the years.